The Chicago weather forecast included snow and slush on Tuesday, causing roads and sidewalks to slicken and making for treacherous commutes.

CHICAGO (WLS) -- The season's first blast of winter had drivers grabbing snow brushes and gripping the steering wheel tighter than expected as Chicago got its first round of measurable snow.

The National Weather Service has issued a Winter Weather Advisory for Chicago and the suburbs from 4 a.m. to noon Tuesday.

The Chicago Office of Emergency Management and Communications issued a Winter Weather Advisory from 6 a.m. Tuesday until 6 a.m. Wednesday

By noon there was just enough snow on the ground to build a snowman in Downers Grove. Most of the snow fell during the overnight and early morning hours, so it was the morning commute that felt the most impact, even if it wasn't that much.

"Although it's the first snow of the season, the roads are warm. So we haven't seen any major issues," said Cassandra Rouse, executive director of the Illinois Tollway "We did make sure to focus on our bridges and ramps to ensure that appropriate de-icing on the road was allowed for safe travel."

But problems started up again around mid-afternoon as bands of lake effect snow dumped thick, wet flakes in Lake and norther Cook counties, causing spinouts and crashes during the evening rush.

"Visibility's down a little bit with the heavy snow that we're starting to get now, and this was a surprise, though. I wasn't expecting all this snow," said driver Bob Jaekel.

"A little bit difficult. Yeah, I was not expecting it," said Edgardo Bereira, driver.

"Cars in the ditches, trucks turned over," said truck driver Troy Davis. "Kind of a wild ride, you know, so I just slow down, take my time."

In North Chicago the Public Works Department is prepared for a long night.

"When we're right at this temperature - 32, 33 degrees - if it gets a little colder, it's going to glaze over. It's going to be slippery. That's why we're out now getting the salt down," said North Chicago Acting Public Works Director Bob Miller.

IDOT and the Illinois Tollway also plowed roads, with a special focus on rampsand overpasses.

By Wednesday, parts of the Chicago area could see up to 4 inches of slushy snow, with the highest amounts in the northern suburbs where there could be some lake enhancement, Mowry said. Areas along the lake may not see much accumulation due to the warm lake temperatures.

Cole Stallard, commissioner of Chicago's Streets and Sanitation Department, said the city has more than 200 vehicles ready to hit the roads and a stockpile of more than 400 tons of salt.

Ched Bendsen is from Minnesota and now lives in Oak Park. She was at it early, clearing the slushy mess off of her sidewalks Tuesday morning.

She thought ahead, and took advantage of last week's 70-degree forecast.

"I was on that roof, and I put up my lights, and people were walking by thinking I was foolish and now haha," she said.

As folks in Oak Park cleared the snow from their cars, closer to the city it was more like a rain/snow mix. It started off as snowflakes, but with the ground still so warm it really just ended up creating wet roads.

A handful of flights were canceled at O'Hare and Midway because of the weather conditions, but the airports very quickly recovered.

Valencia Williams took her dog for a walk, and recalls that warm day last week. She is very thankful she has a short commute to work.

"And I enjoyed it, I was able to sit on the patio. But the good thing is I work from home," Williams said. 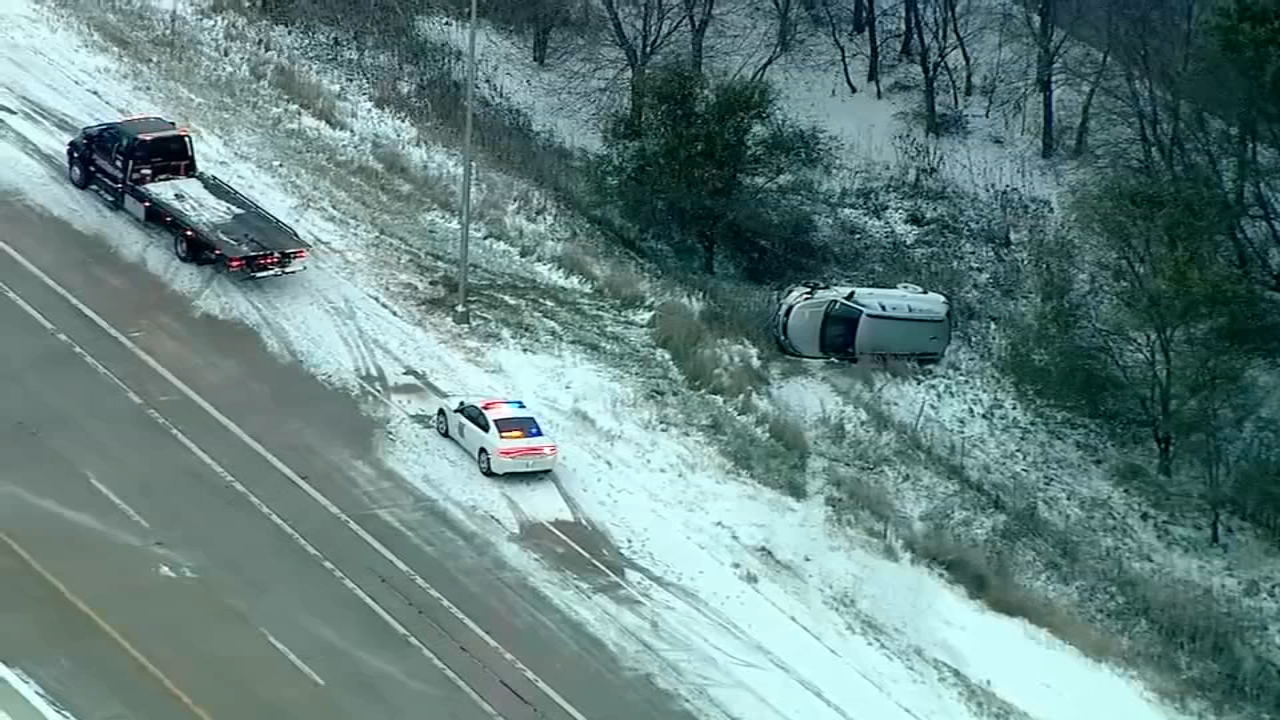 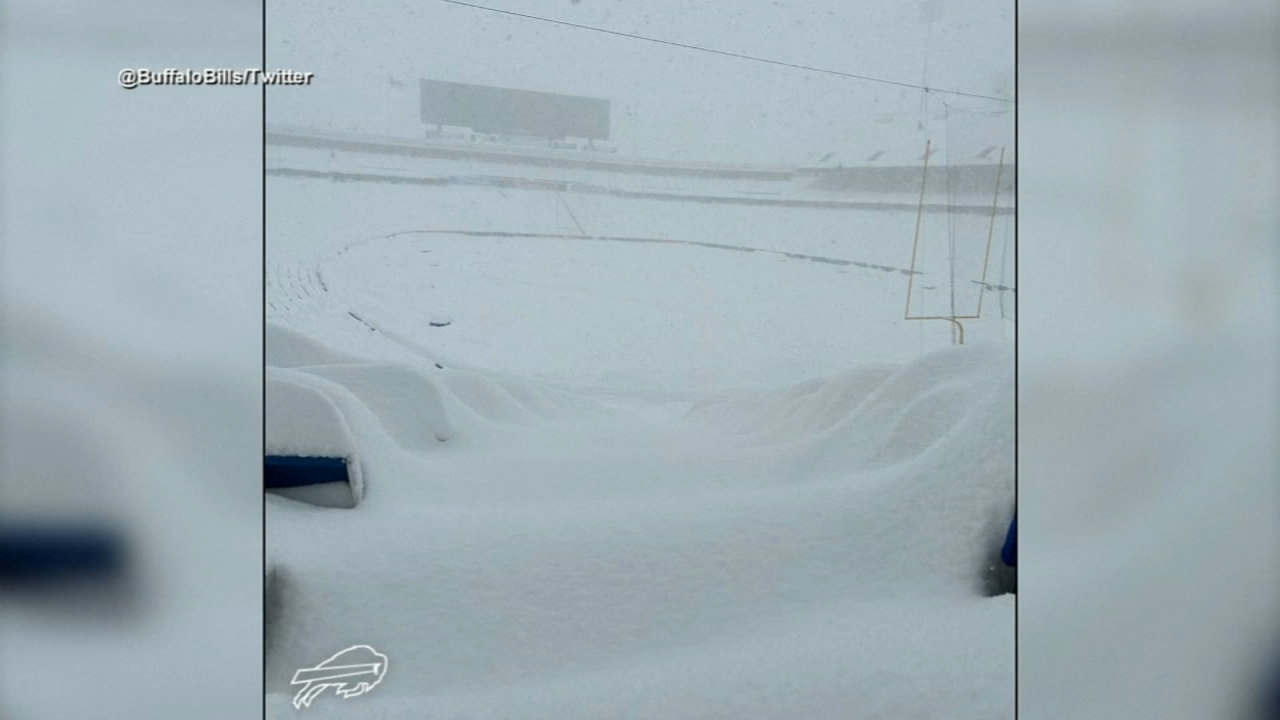 Buffalo, NY buried under 3 feet of snow with more coming 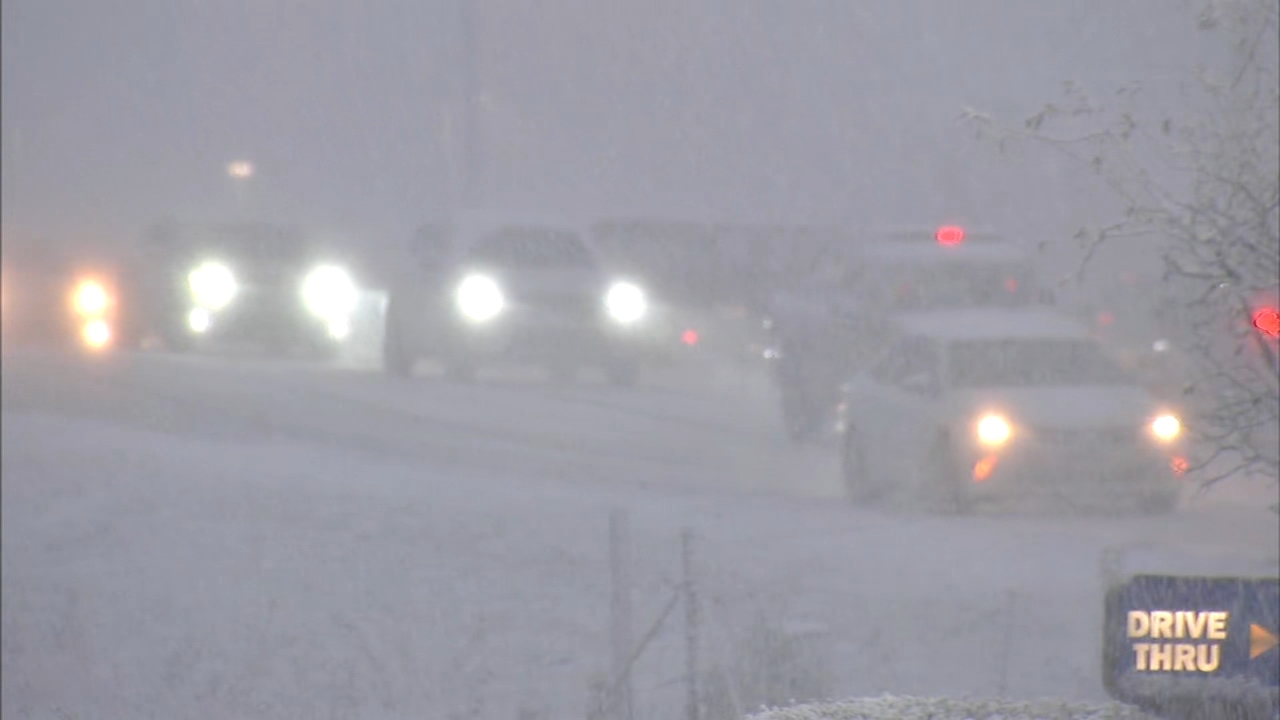 Some parts of Northern Indiana under Winter Storm Warning 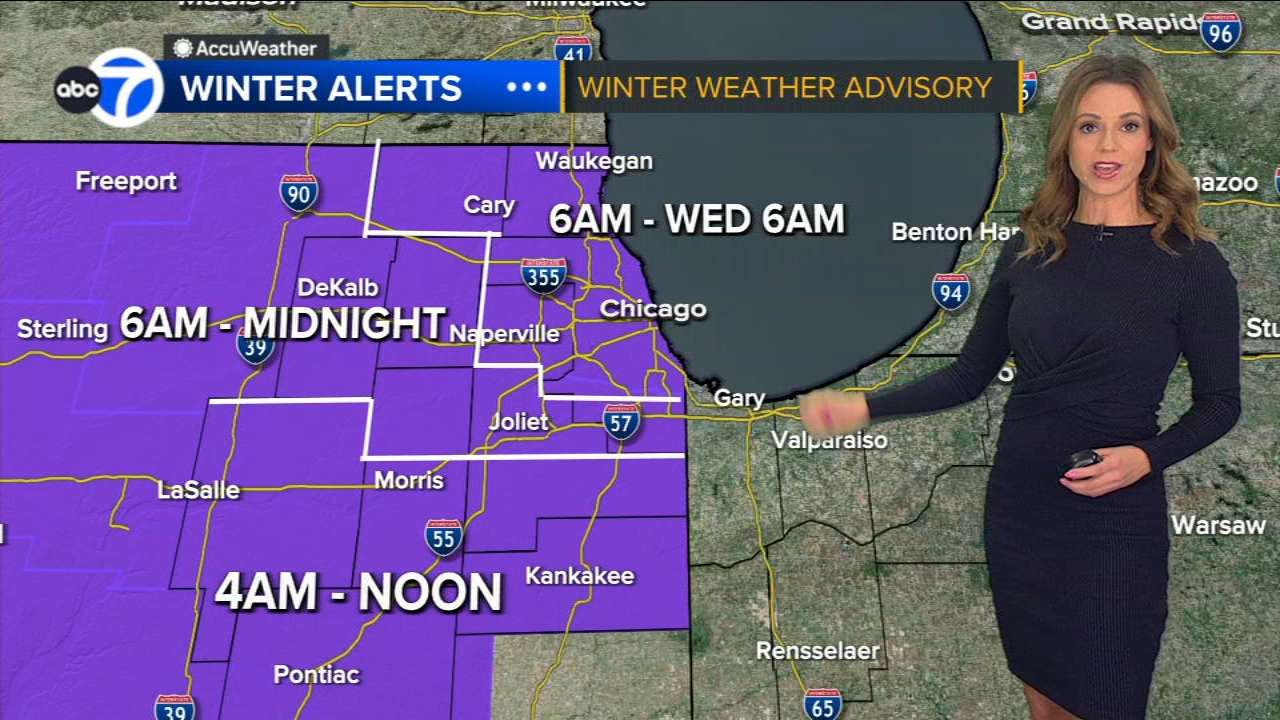