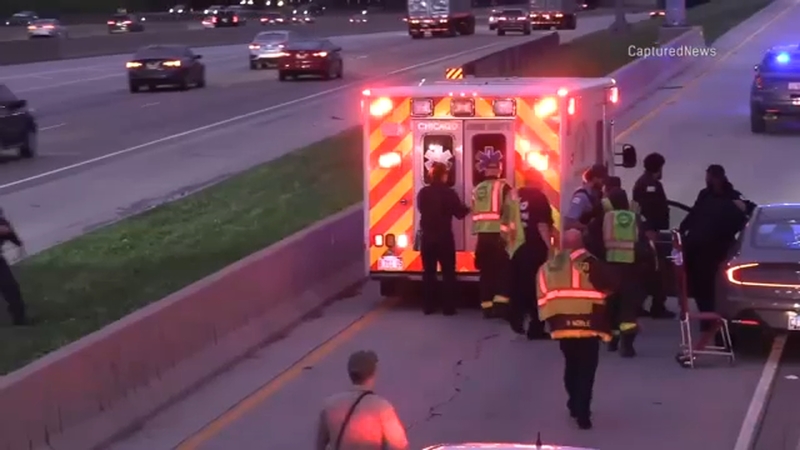 CHICAGO (WLS) -- One person is in the hospital with life-threatening injuries after a shooting on the Dan Ryan Expressway Saturday night.

It happened just after 8:30 p.m. in the northbound lanes near 47th Street, according to Illinois State Police. Preliminary reports indicated the shots were fired from an unknown vehicle traveling on Interstate 94 southbound near 47th Street.

At approximately 8:40 p.m., the local lanes of Interstate 94 southbound were closed for the investigation and traffic was diverted at Garfield Street, ISP said. The express lanes remained open. All lanes were reopened at approximately 10:20 p.m. The events surrounding the shooting remain under investigation and police did not provide further information.

ISP asked anyone who witnessed the shooting or has any knowledge of the incident to contact 847-294-4400 or email at ISP.CrimeTips@Illinois.gov. Witnesses can remain anonymous.