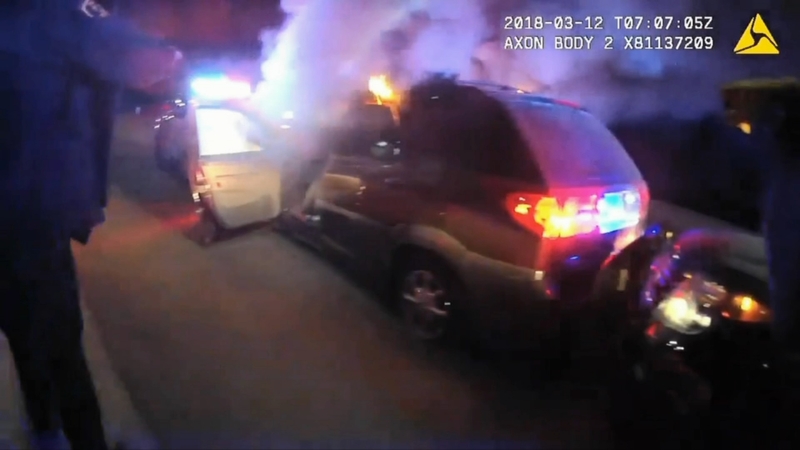 ELGIN, Ill. (WLS) -- The Elgin Police Department released findings Monday from an independent investigation into the fatal shooting of a woman last year by an Elgin police officer during a traffic stop.

DeCynthia Clements was killed after a chase that ended on I-90. Police said that Clements was armed with two knives and tried to attack officers.

The investigation found that the officer who shot Clements did use reasonable force, but noted potential infractions including waiting too long to call an ambulance and turning his body camera on and off.