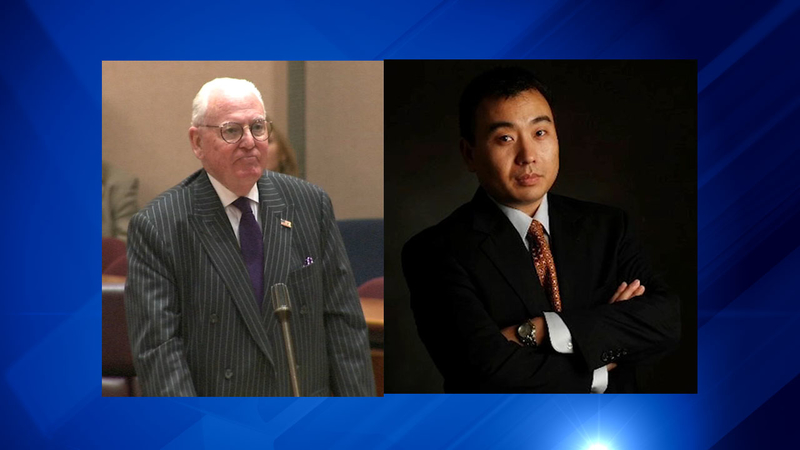 CHICAGO (WLS) -- The I-Team has learned there's a new defendant charged as a result of the Alderman Ed Burke investigation.

Charles Cui, an immigration lawyer and a real estate developer is charged in a four count indictment that includes bribery charges related to allegedly contacting Alderman Burke about a zoning matter and then retaining Burke's law firm for a property tax appeal. According to the indictment, Cui sought Burke's help in changing a zoning decision about reusing a sign pole at a TIF funded property he was redeveloping. In court documents, Cui is cited as estimating that not being able to use the sign as desired would have cost his company $750,000 in rent. Federal prosecutors say the redevelopment project is a $2,000,000 TIF project. Cui is also charged with making false statements to the FBI during the investigation.

Cui's law firm bio states that Cui is "currently being appointed as a commissioner" for a Special Services neighborhood district 28 by Chicago Mayor Rahm Emanuel. That's the Six Corners district at Irving Park, Cicero and Milwaukee.

However, a spokesperson for the mayor's office told the I-Team Cui is no longer an SSA commissioner.

"We believe that the allegations against him are baseless and it is our intention on taking the matter to trial and proving his innocence," Vadim Glozman, an attorney for Cui, told the I-Team.

This is the first additional person charged in relation to the Burke investigation. In January, Burke was charged with one count of attempted extortion. The alderman has maintained his innocence.