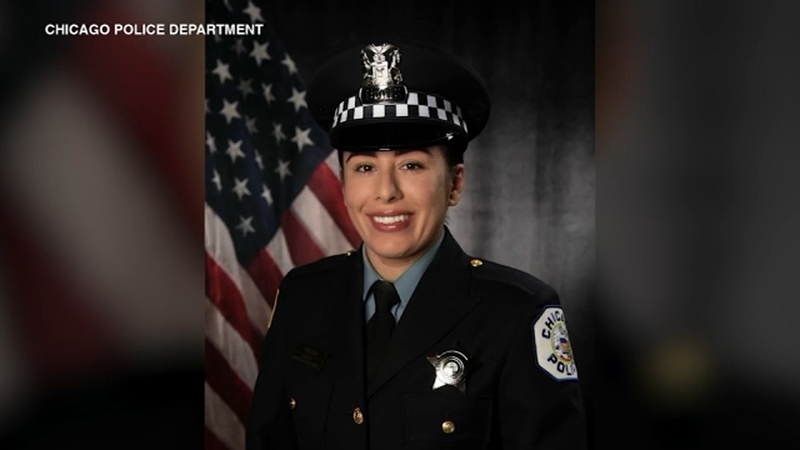 CHICAGO (WLS) -- The mother of late Chicago Police Officer Ella French is sharing thoughts about the loss of her daughter and her career on the police force.

Officer French was killed in the line of duty in August in a shooting that also badly injured her partner, Carlos Yanez Junior.

Elizabeth French said she knew from an early age that her daughter wanted to make a difference in the world. That desire is what led her in to law enforcement and eventually to the Chicago Police Department.

In July, Officer French was credited with helping save the life of a newborn child who was injured in a mass shooting in Englewood, rushing the infant to the hospital in her squad car. A little more than a month later, French would lose her own life after being shot during a traffic stop.

"This is not the ending I would have preferred but she died living her passion," her mother said.

It's been a long nightmare for Ella's mother Elizabeth. She raised Ella and her older brother as a single mother after adopting them as infants.

She spoke during the funeral remembering Ella, who nurtured her love for animals supported her many activities, and being the proud but nervous parent of a Chicago police officer.

We will #NeverForget the true bravery she exemplified as she laid her life down to protect others.

Please hold her family, loved ones and fellow Chicago Police officers in your thoughts as we grieve the loss of this hero. pic.twitter.com/kEUlNTv0Z4

"Ella was a force of nature. Everything she did she put her heart into it," Elizabeth said.

"She was a big advocate of children, animals, and of life. And to see that life come up short is tough," said Pete DiCianni, the proclamation sponsor.

Her mother said Ella had just bought her first house and was building a life with an eye toward the future. Her fellow officer, Carlos Yanez, was critically injured in the shooting and released from a rehab facility last week. When he is able, Elizabeth hopes to meet with him.

She said everyone in the police department has treated her like a close family.

"I'm doing fine, but something is off in my world. There's a piece of it missing I need to learn to live with," she said.