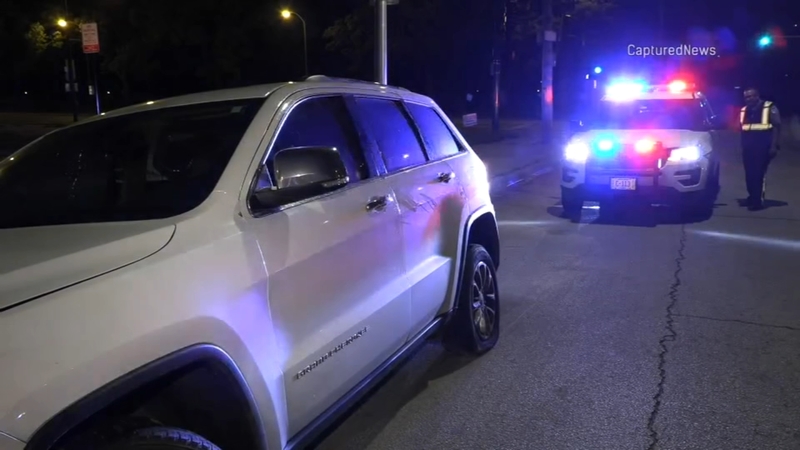 Illinois State Police are investigating the shooting incident that took place at around 1 a.m. southbound near Pulaski, on the city's Southwest Side.

When ISP District Chicago troopers arrived on the scene, they found a white Jeep across two lanes of traffic with multiple bullet holes, police said.

The driver of the vehicle, a 30-year-old man from Chicago, was wounded in the shooting, according to state police.

A preliminary investigation indicates shots were fired from another vehicle travelling southbound.

The shooting caused the driver to veer of the roadway and crash into a concrete median wall.

The driver was rushed to Mt. Sinai Hospital in critical condition, police said.

RELATED: Man dies after being found shot inside crashed car on I-57