Wilmette house fire may have been caused by an electric blanket, according to fire officials 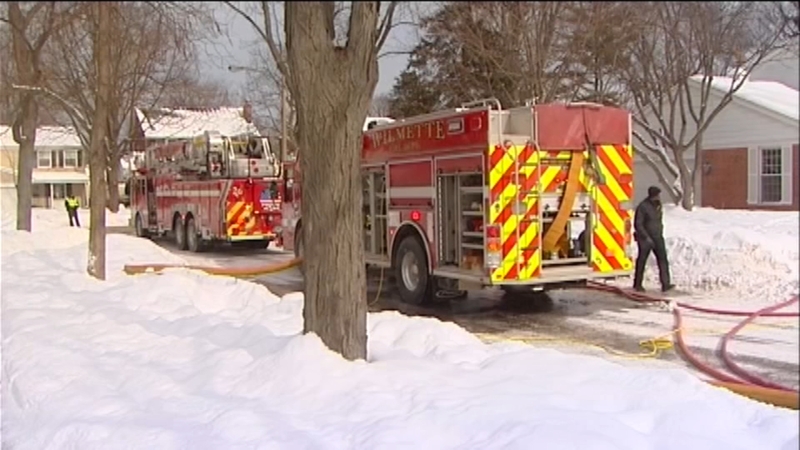 WILMETTE, Ill. (WLS) -- An electric blanket may have caused a fire that damaged a home in north suburban Wilmette.

When Wilmette Fire Department first arrived, heavy gray smoke was visible from the front window of the single-family residence.

Five people inside the house were able to get out safely.

The people in the house told Wilmette Police they saw an electric blanked engulfed in flames before they escaped. The blanket was located on a sofa in the front sitting room.

Firefighters encountered heavy, dark smoke as they entered the home and opened the door to the fire room. The fire was extinguished and confined to the room. The amount of damage to the residence and limited fire spread was due to the occupants closing the door of the fire room and front door, according to fire officials.

Wilmette Fire Department determined the origin of the fire was in the area of the sofa as the family indicated, but the cause of the fire remains under investigation.

"One thing we need to make sure is we don't overload any outlets. Electric blankets draw quite a bit of electricity as compared to some of the newer modern appliances, and also nothing like that should be left unattended, especially while turned on," said Robert Brill, Wilmette Fire Department acting chief.