franklyHANK: "Waitress," "Come From Away, "Cats," and Hasan Minhaj 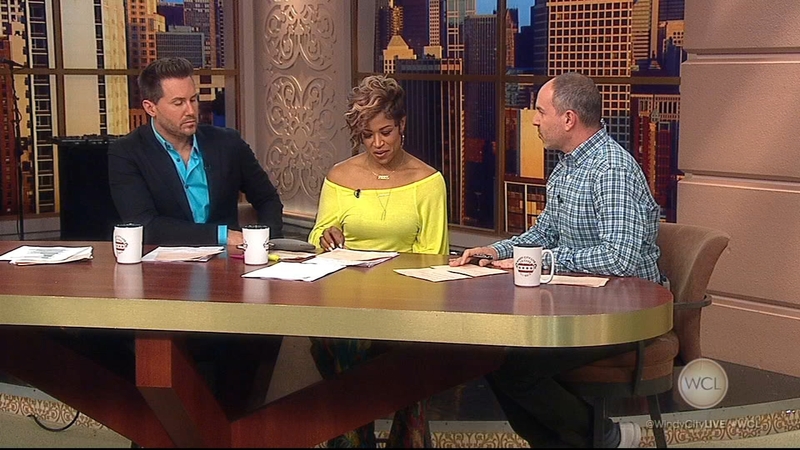 franklyHANK: Waitress, CATS, Come From Away

"WAITRESS"
Broadway In Chicago brought another great show to town with "WAITRESS." Singer/songwriter Sara Bareilles wrote all the music for the show, which tells the story of Jenna, a waitress and expert pie maker who dreams of a way out of her small town and loveless marriage. The cast in this touring company is fantastic, the show is funny, and the songs are fun. I won't give anything away, but it's certainly worth your time and money. "WAITRESS" is playing at the Cadillac Palace Theatre through July 22. Tickets are available at broadwayinchicago.com.

"COME FROM AWAY"
"Come From Away" is coming to Chicago next July! On September 11, 2001, our world changed. When US airspace was closed, 38 planes were forced to land in Gander, Newfoundland. 7,000 passengers were stranded, so the residents of Gander took them all in and cared for them until they could be on their way. I'm told it's an incredible musical and I can't wait to see it! "Come From Away" will play at the Cadillac Palace Theatre July 30-August 18, 2019. Tickets will go on sale through Broadway In Chicago at later date.

I've made no secret that I hate "CATS." The show, not the animal. It has no plot, no story. It's just cats singing and dancing. However, I am in the minority. The show has played in 30 countries and 15 languages and is truly beloved around the world. Winner of 7 TONY awards including Best Musical, "CATS" will play the Oriental Theatre July 16-August 4, 2019. Tickets for "CATS" will be on sale soon from broadwayinchicago.com.

HASAN MINHAJ
One of my favorite stand-up comedians right now is Hasan Minhaj. He's on "The Daily Show," and he hosted the White House Correspondent's Dinner in 2017. He also has an amazing special on Netflix, "Homecoming King." Minhaj is coming to The Chicago Theatre with his new show, "Before The Storm," on Saturday, September 29, 2018. Tickets go on sale tomorrow, Friday, July 13, 2018 at 10:00 AM at ticketmaster.com.