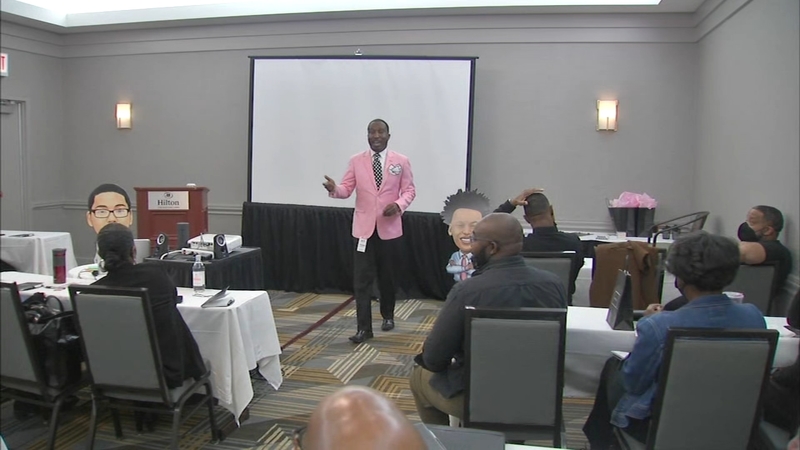 OAK LAWN, Ill. (WLS) -- Anti-violence groups have been trying to grapple with the increasing gun violence they're seeing, especially among teens. That's why the I Am A Gentleman organization met Saturday to discuss ways they can intervene and help curb crime, plaguing communities.

"It's too much going on in the world. You need stable people. You need stable ideas and stable comments and direction to help some of them get through this tragedy that we're living in right now," said Eric Surges, I am a Gentleman member.

Male mentors with the group serve upwards of 400 young men ages 13 to 21 each year in the Chicagoland area.

"Learning about different perspectives and what other individuals think we could be doing to further the agenda in terms of helping the youth in the city of Chicago," said member Doug Eisenhauer.

This gathering happened following a violent week in the city that saw at least five children shot on Tuesday alone.

So far this year, at least 17 juveniles have been shot in Chicago, four of them fatally.

Burges said the violence issue stems from a lack of male figures for teens to look up to.

"The pressure is on the younger and younger and now you have little boys trying to be grown men, getting grown people results.," said Burges. "This is why you've got people dying. This is why you have no way of controlling them and they're pretty much lost causes at this point unless we reach them."

Organizers said one-on-one mentorship is key, showing that one child consistency and presence in their lives.