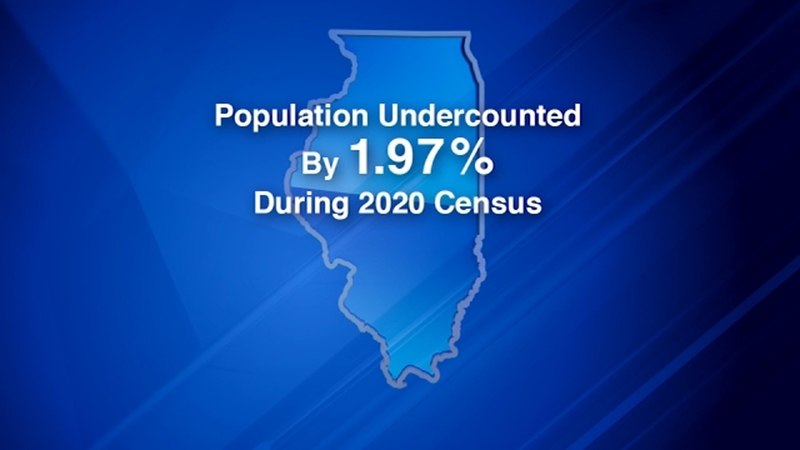 CHICAGO (WLS) -- It was a massive undertaking to get all Illinois residents counted for the 2020 Census. At the time, it was a foregone conclusion that people were leaving Illinois, but that's not so.

"The bottom line is, it's not all doom and gloom in Illinois, and I think people who might want to bad mouth Illinois square their comments with what is actually happening," said Congressman Raja Krishnamoorthi, IL 8th District.

The U.S. Census Bureau suggests Illinois was undercounted by nearly 2%, and actually gained another 250,000 residents.

"We are not going to find out where the undercount was. We are not going to get a break down, but the folks that have been working on this can put two and two together and figure it out," said Jay Young, Common Cause Illinois executive director.

Based on census surveys and previous undercounts, Young said the South and West sides of Chicago, as well as rural downstate areas, were likely undercounted. He said these are places where outreach organizations concentrated their efforts, but faced huge challenges.

"This work gets underway, then COVID-19 occurs and on the ground, outreach was then limited," said Alex Linares with UIC Great Cities Institute.

The undercount means Illinois is getting fewer resources than it should.

Now, Krishnamoorthi is pushing to get those dollars back.

"So we want to make sure to obtain these additional resources, which could amount to almost $100 million, which help keep down taxes in Illinois," he said.