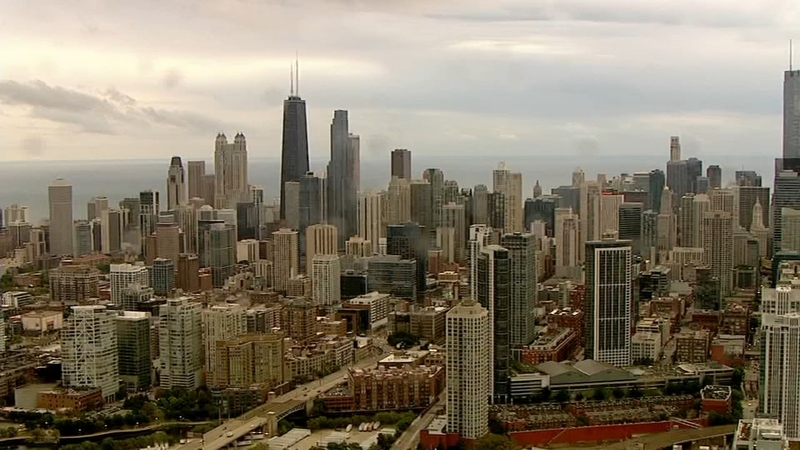 CHICAGO (WLS) -- The Chicago City Council has reached a tentative compromise deal on changes to the city's ward map.

The wards are being redrawn in accordance with results from the 2020 census.

"I'm thrilled my colleagues have come together in compromise in what has been a long and challenging process," Harris said. "I am ready to move our city forward with the Chicago United Map, as it represents a fair map for all Chicagoans. I have always wanted to avoid a costly referendum for Chicago's taxpayers, and today we achieved that."

United Working Families released a statement praising the compromise map, saying, "We commend the elected members of our organization for their hard work to reach a compromise on the Chicago United Map and thereby avert a lengthy and divisive referendum. Today's agreement will secure 14 Latino-majority wards, create the city's first Asian-American ward, and maintain strong representation for Chicago's Black communities across 17 Black-majority and Black-plurality wards. Today's agreement ensures that we will be able to turn our attention towards the legislative issues that matter most to our communities."

The People's Coalition Map was not as optimistic, releasing a critical statement saying in part, "So-called 'reformers' made backroom deals and decided that voters shouldn't be allowed to choose their map, and that's something the People's Coalition Map has always stood for. As a result, Latinos lost for the second decade in a row. The largest minority population in Chicago won't be fairly and accurately represented as such. The voices of immigrant populations remain on the fringes."

Mayor Lori Lightfoot issued a statement saying, "It is a good thing that an overwhelming majority of City Council members have come together and reached a compromise on a new ward map. The road was difficult and raised a number of issues around representation for people of color who historically have been locked out of corridors of power. Not everyone got exactly what they wanted, but forging a compromise and avoiding a referendum is in everyone's best interests.