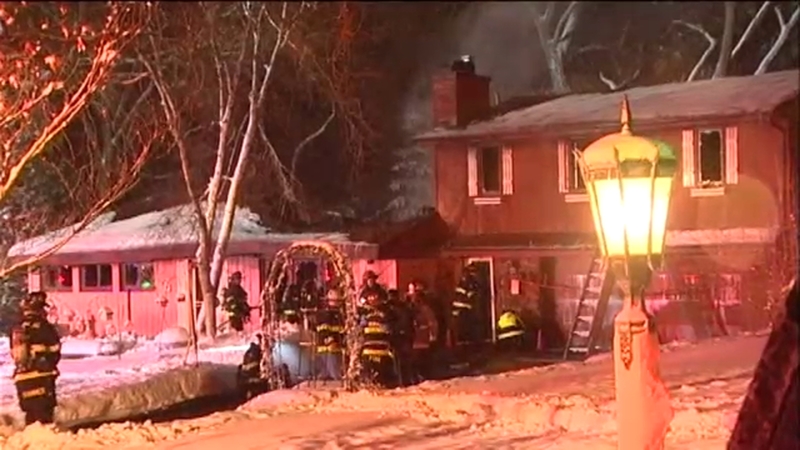 INVERNESS, Ill. (WLS) -- A couple in their 80s died in a fire in Inverness on Sunday, in what was likely the northwest suburb's first deadly fire in decades.

A next door neighbor called to report the fire at 219 Bradwell Road shortly before 5 p.m., according to the Palatine Rural Fire Protection District.

Dozens of firefighters from 14 agencies arrived to call, officials said.

Firefighters were able to get the flames under control shortly after arriving.

Crews entered the home and found a man and woman, one of whom was in the kitchen, May said.

Both victims were pronounced dead at the scene, the Palatine Rural Fire Protection District said.