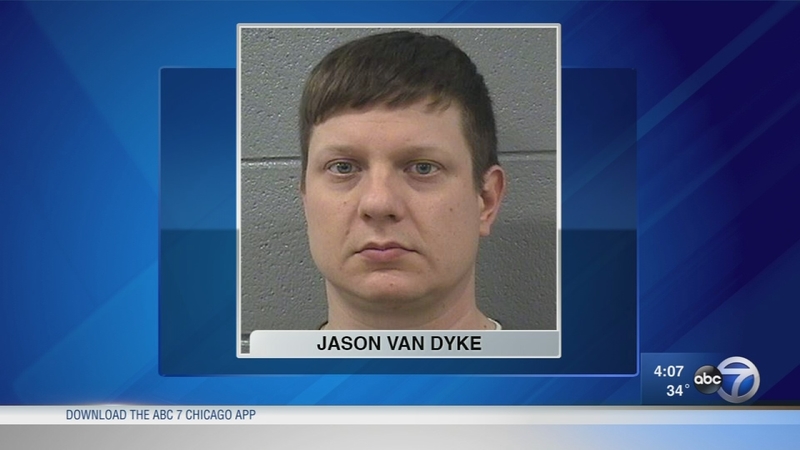 Van Dyke was escorted by police and wore a bulletproof vest when he arrived. A small group of protesters outside the courthouse demanded the judge set a trial date in the case.

Among the protesters was community activist William Calloway, who was responsible for releasing the dash cam video of Van Dyke shooting McDonald 16 times in October 2014. The footage lead authorities to charge Van Dyke with first degree murder.

Van Dyke has since been out on bond.

"We're tired of waiting," Calloway said. "It's been two and a half years since Jason Van Dyke murdered Laquan McDonald. Justice delayed is justice denied."

In court, Cook County Judge Vincent Gaughan said the amount of documents in the case caused the delay in setting a trial date.

This is the first murder case against a Chicago police officer for an on-duty shooting in decades.

Van Dyke's legal team also asked for a change of venue on the grounds that media coverage of the case has biased the jury pool and made it nearly impossible for Van Dyke to be tried fairly.
Critics called the request a tactic to delay the trial further.

"We say no to a change of venue," Calloway said. "We say no to any more waiting. We're tired. No, no, no. We demand a trial date to be set right now."

Gaughan set a March 28 deadline for Van Dyke's defense team to bring in an expert who has conducted polls and collected data about why the trial should be moved. The expert will be analyzing media coverage as part of that data.

Van Dyke was charged with murder after shooting and killing 17-year-old Laquan McDonald in October 2014. According to prosecutors and dash cam video, Van Dyke got out of his squad car with his gun drawn on McDonald, a burglary suspect, and fired 16 rounds at him. Prosecutors argue it was unprovoked.

A decision on pre-trial issues could come in the next few weeks.

Also today, attorneys for seven news organizations, including ABC7 Chicago, filed a motion seeking access to court documents in the Van Dyke case. The court file has been shielded from public view by court order.