'He would never disappear on his own'
ABC 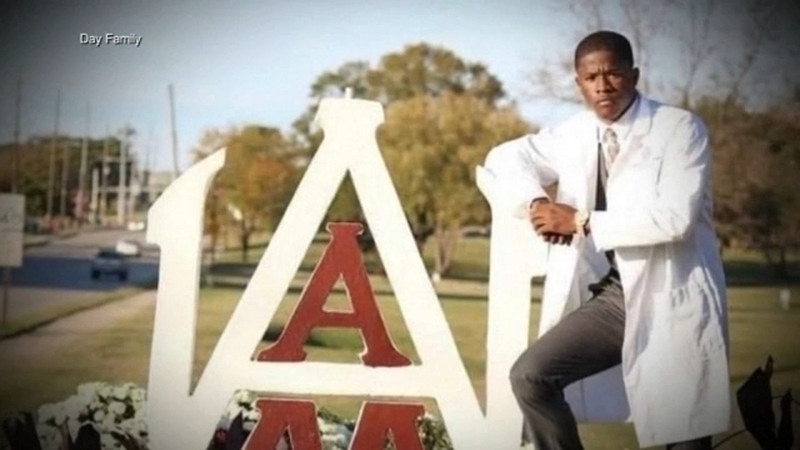 BLOOMINGTON, Ill. -- The investigation into the death of Illinois grad student and aspiring doctor, Jelani Day, continues with authorities calling the circumstances "unusual."

His family said they suspect foul play as the mystery surrounding his death grows.

"I'm very upset because I can't even look at my son's body. I can't say a proper goodbye to him," said his mother, Carmen Borden Day.

Day, who was studying to be a doctor, was living and going to school in Bloomington, Illinois. He was last seen on campus on Aug. 24 and his car was found two days later an hour north in the town of Peru. A week after that, his body was found floating in the Illinois River, according to officials.

Peru police investigators are now working to identify a man captured on security cameras knocking on at home not far from where Day's remains were located. The video was taken the day after the missing student was last seen.

Police are trying to identify a man seen on surveillance video knocking on the door of a home in LaSalle. Relatives of Jelani Day say they've seen it and it's not him.

The FBI is now working with local investigators as they try to figure out if the unknown subject is connected to Day's case.

Authorities, so far, are only calling the circumstances surrounding the disappearance "unusual."

"The way his vehicle was, you know, it was off of a parking lot," said Peru police. "That's very unusual to just find a car like that."

"Jelani did not just disappear into thin air," his mother said. "Somebody knows something; somebody's seen something, and I need somebody to say something."

The 25-year-old's death has garnered the attention of Viola Davis, Lizzo and other celebrities.

At this point, authorities have not named any suspects in this case.

The community will hold a special memorial for Day on Oct. 9.

We will continue to share updates on Jelani's case as information becomes available.