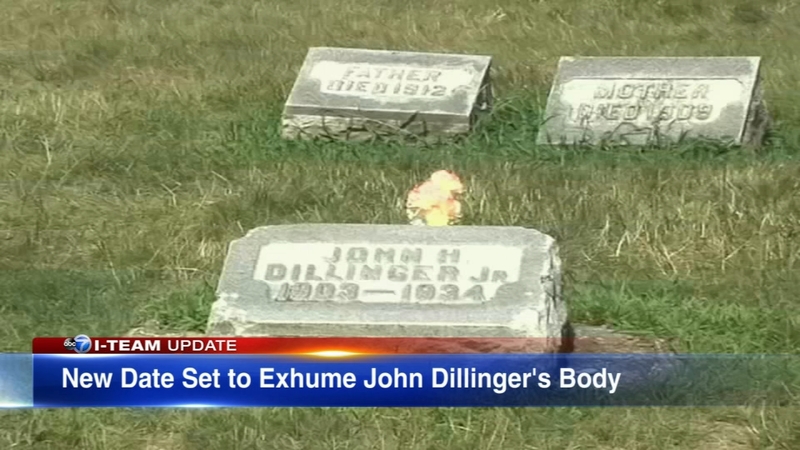 The Dec. 31 exhumation still faces legal challenges. Crown Hill Cemetery in Indianapolis, where Dillinger has been interred for more than 85 years, is opposed to the exhumation and is fighting a lawsuit by Dillinger kin that would force the unearthing of his remains for DNA tests. The cemetery this week filed legal papers stating they would be making a motion to dismiss the lawsuit.

A history cable network that had been backing exhumation as part of a TV documentary recently backed out of the deal. Dillinger family members contend an imposter is buried in the grave, part of a decades-long, elaborate ruse and cover-up by federal agents. FBI officials say that their agents killed the outlaw outside Chicago's Biograph Theatre on July 22, 1934 and that his body is buried at the Indiana grave bearing his name carved in stone.