Lakeview shooting: Woman grazed by bullet marks 3rd victim shot on North Side in less than a week 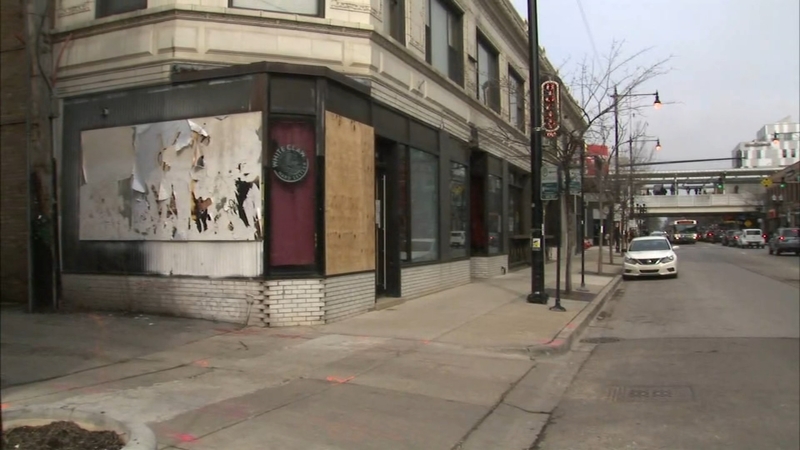 Woman injured in 3rd Lakeview shooting in less than a week: CPD

CHICAGO (WLS) -- A 34-year-old woman was grazed by a bullet in Lakeview Sunday, marking the third shooting in the North Side neighborhood in less than a week.

Police said the woman was inside a bar just before 3 a.m. in the 1000 block of West Belmont Avenue when an unknown person fired shots outside.

The woman was grazed by a bullet on the right side of her torso. She was treated and released at the scene, according to Chicago fire officials.

This marks the third shooting in the neighborhood in less than a week.

Last Sunday, Hermilo Beltran, a 47-year-old father of two school-aged girls, was fatally shot in an alley just after 10 p.m. in the 3400 block of North Clark Street. Family said he was on his way to his second job at the Happy Camper Pizza just blocks away from Wrigley Field. He suffered a gunshot wound to the chest and armpit, and later died at the hospital, according to police. Beltran's widow said police told her they believe he was killed in a robbery gone wrong.

Then, a 72-year-old woman was wounded in a mid-day shooting Thursday as she walked down the sidewalk with her family in 3100 block of North Broadway. The shots were just inches away from hitting a little boy in a stroller. She suffered a gunshot wound to her upper thigh and was transferred to a nearby hospital in good condition, police said.

No one is in custody for any of the shootings, police said.

Friday, 44th Ward Alderman Tom Tunney issued a statement about the recent string of shootings, saying in part, "As it has been for several years, crime remains my number one priority. I have repeatedly called for more police presence in Lakeview and I find it unacceptable that our 19th Police District staffing numbers are so low."

"We're a big entertainment area," Tunney said. "We have got to have the person power on our streets."

Tunney also spoke about footage obtained after the Broadway shooting.

"There is footage. The best footage came, actually, from the Chamber of Commerce, which was actually immediately south of the incident ... I'm not sure if we have a license plate," Tunney said.

"The South and West Side has been putting up with this for way too long," said Maureen Martino, executive director of the Lakeview East Chamber. "The North Side needs to step up and they need to be vocal. We all need to come as a city together and stop this."

"Tragically, in the past week, the 44th Ward has experienced two shootings. On Sunday night, Hermilo Beltran, was killed behind 3458 N Clark. This afternoon, in the 3100 block of N Broadway, a 72-year-old woman was shot in the leg by unknown offenders driving by in a car. Police do not believe she was the intended target. Fortunately, she is in stable condition and is expected to recover.
"I was driving on Briar near Broadway returning to my office minutes after today's shooting and was on scene shortly after the victim was placed in the ambulance. I saw the anguish and anger I felt reflected in the faces of witnesses and others in the vicinity. The police presence after the incident was swift and significant. I am confident that with assistance of witnesses and video from nearby security cameras, the CPD will work diligently to solve these two shootings.

"While shootings in the 44th Ward are rare, violence has been brought to our neighborhoods too often in the last few years. As I have stated numerous times both publicly and privately to the leadership of the Chicago Police Department, this is unacceptable. As it has been for several years, crime remains my number one priority. I have repeatedly called for more police presence in Lakeview and I find it unacceptable that our 19th Police District staffing numbers are so low.

"During the past few months, my office has held public safety meetings with all the Lakeview chambers of commerce and several community groups. I will continue to fight for funding for the Police Department, enhanced technology resources, as well as mental health and housing programs. Going forward I will continue collaborating closely with the hardworking 19th District Police and I will provide updates to the community as they are made available to my office.

"Residents who have any information on these shootings should reach out to the Bureau of Detectives - Area 3 at (312) 744-8263. Anonymous tips can be sent to www.cpdtip.com.

"I would like to express my deepest condolences to the Beltran family. I know Mr. Beltran will be missed by the entire Lakeview community. The Beltran Family and the Lakeview East Chamber of Commerce are collecting donations for his widow and two children."