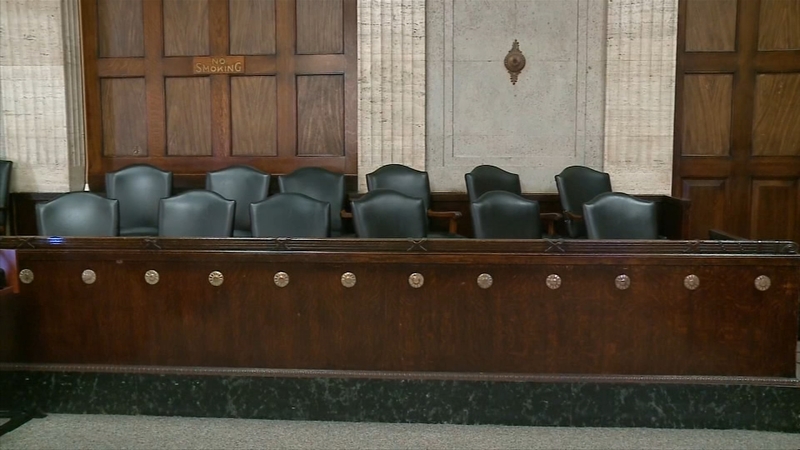 CHICAGO (WLS) -- Five more jurors- four women and one man- were sworn in Wednesday as jury selection in the trial of Jason Van Dyke for the shooting death of Laquan McDonald continued.

Four of the jurors selected Wednesday are women, including the first African American juror so far. More than 30 potential jurors have been questioned over the course of two days as part of a process called voir dire.

The African American juror said she had seen the video of the shooting, but did not have an opinion on Van Dyke. She said she does have an opinion about how many shots were fired. She was asked if she believers she could sign a not guilty verdict and said she could.

Van Dyke's attorneys did try to get the African American juror excused, but the judge denied them.

One of the women sworn in Wednesday said she knows Judge Vincent Gaughan very well, but neither the prosecution nor the defense objected to her seating.

Van Dyke's attorneys want the trial moved out of Cook County or to have jurors from outside Cook County decide the case. In their most recent filing they cited recent activity outside the courthouse and comments made by community organizers like William Calloway.

Calloway said he is only asking for justice for McDonald.

"When it comes to fairness and being impartial, regardless of color, we're looking at the facts of the case. But for the community and the community set, we do desire to see diversity in that jury pool," Calloway said.

"Race is always going to be part of a case where you have a white officer shooting an African American teen in a segregated city like Chicago," said ABC7 Legal Analyst Laura Washington.

Washington said the trial will likely reverberate with the impact of historically poor race relations in Chicago, as well as a disconnect between the police and people of color in the city.

"I think there's a lot of fiery rhetoric out there right now, a lot of talk about unrest in the streets if the verdict doesn't go a certain way. I think that can be very dangerous, and I think we need to have cool heads and people need to calm down and stop trying to anticipate this verdict and let the jury decide," Washington said.

Van Dyke can still opt for a bench trial, but must make that decision before the 12th juror is sworn in. Questioning was ongoing as of 5 p.m.