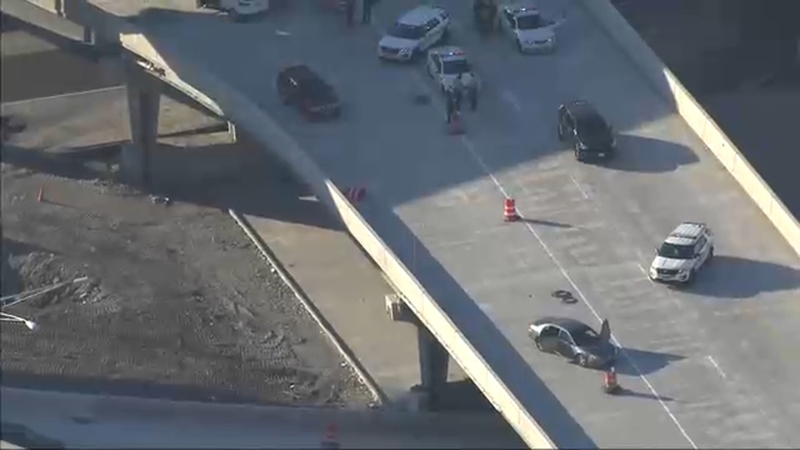 Man killed in apparent expressway shooting on I-290

CHICAGO (WLS) -- A man, 21, from Chicago is dead following a shooting on the Eisenhower Expressway Friday afternoon, according to Illinois State Police.

Officers responded to the eastbound lanes of I-290 at Canal Street at around 1:30 p.m.

A Chicago Fire Department spokesperson says the victim was transported to Stroger Hospital where he was pronounced dead.

The Cook County medical examiner's office identified the victim as Nshaune Johnson. An autopsy ruled his death a homicide.

Police are investigating a reported expressway shooting Friday afternoon. All eastbound lanes of I-290 at Canal Street are currently closed until further notice, ISP says.

All of the eastbound lanes near Canal were closed for roughly four hours while police investigated.

The shooting remains under investigation and no further information is available at this time, police said.

In 2019, The Illinois State Police responded to investigate 52 expressway shootings on the Chicagoland expressways in Cook County.