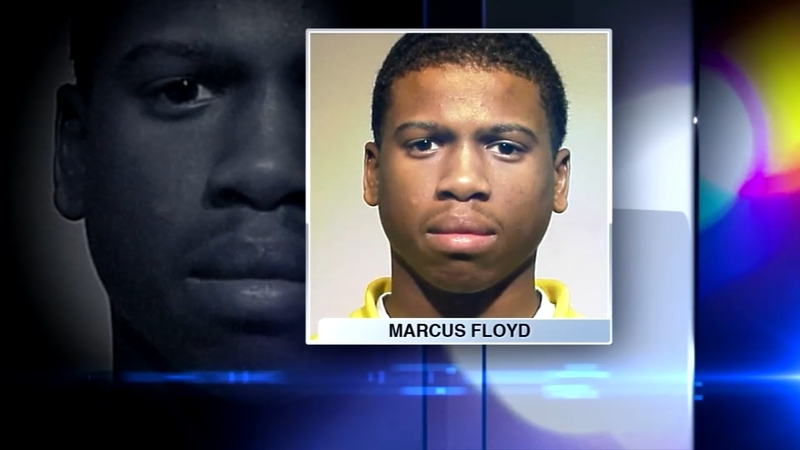 CHICAGO (WLS) -- The family of murdered Chicago Police Officer Thomas Wortham IV was in court for a second day, during another painful trial.

Marcus Floyd, one of three men convicted in Wortham's killing, is now undergoing a fitness trial. He claims that amnesia made him unfit when he stood trial back in 2015 for Wortham's shooting death.

RELATED | Marcus Floyd gets life without parole for Officer Thomas Wortham's murder
"They don't deserve this. They already lost a son. They've already given a lot to this scity," said Sandra Wortham, Wortham's sister.

A jury will decide if Floyd was fit or unfit when he was on trial in 2015. In 2010, Wortham was shot and killed as four men tried to steal his motorcycle in front of his childhood home. Wortham's father, a retired officer, shot at the suspects. Floyd was injured and Floyd's cousin died.

Floyd and two others were convicted and sentenced to life for Wortham's murder. But an appellate court ruled there were problems with Floyd's fitness trial in 2015.

Tuesday prosecutors argued that Floyd was found to be mentally and psychologically sound to stand trial. But Floyd's attorneys told jurors that he has no memory of the 2010 murder and can't assist in his own defense.

A Cook County clinical psychologist testified that Floyd was severely injured when Wortham's father fired on the would-be robbers, and while Floyd claimed amnesia of the incident, he understood the allegations and the court process.

An appellate court recently ruled his originally fitness trial in 2015 was flawed, and ordered a new fitness trial even though he was already convicted and sentenced.

"It doesn't change the fact of his involvement in the murder of a Chicago police officer," Graham said. "We are hoping that the real justice is he was very well aware of what he did and that the original verdict will stand."