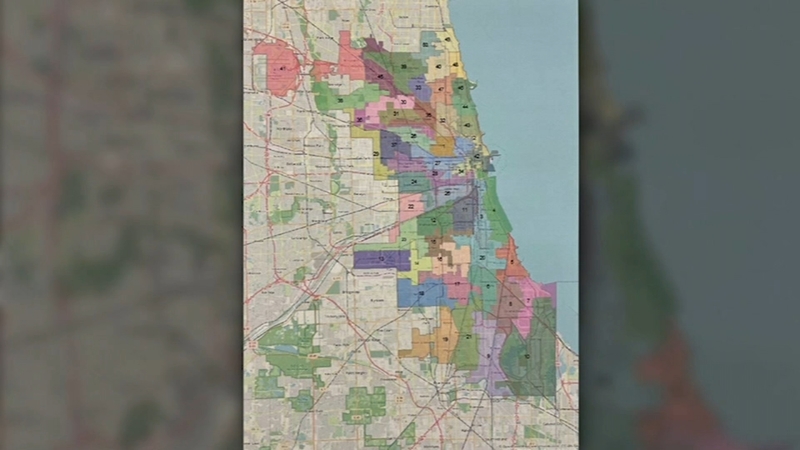 CHICAGO (WLS) -- A new Chicago ward map was introduced to City Council Wednesday, but no vote was taken.

The Black and Latino caucuses are not in agreement over the new boundaries. 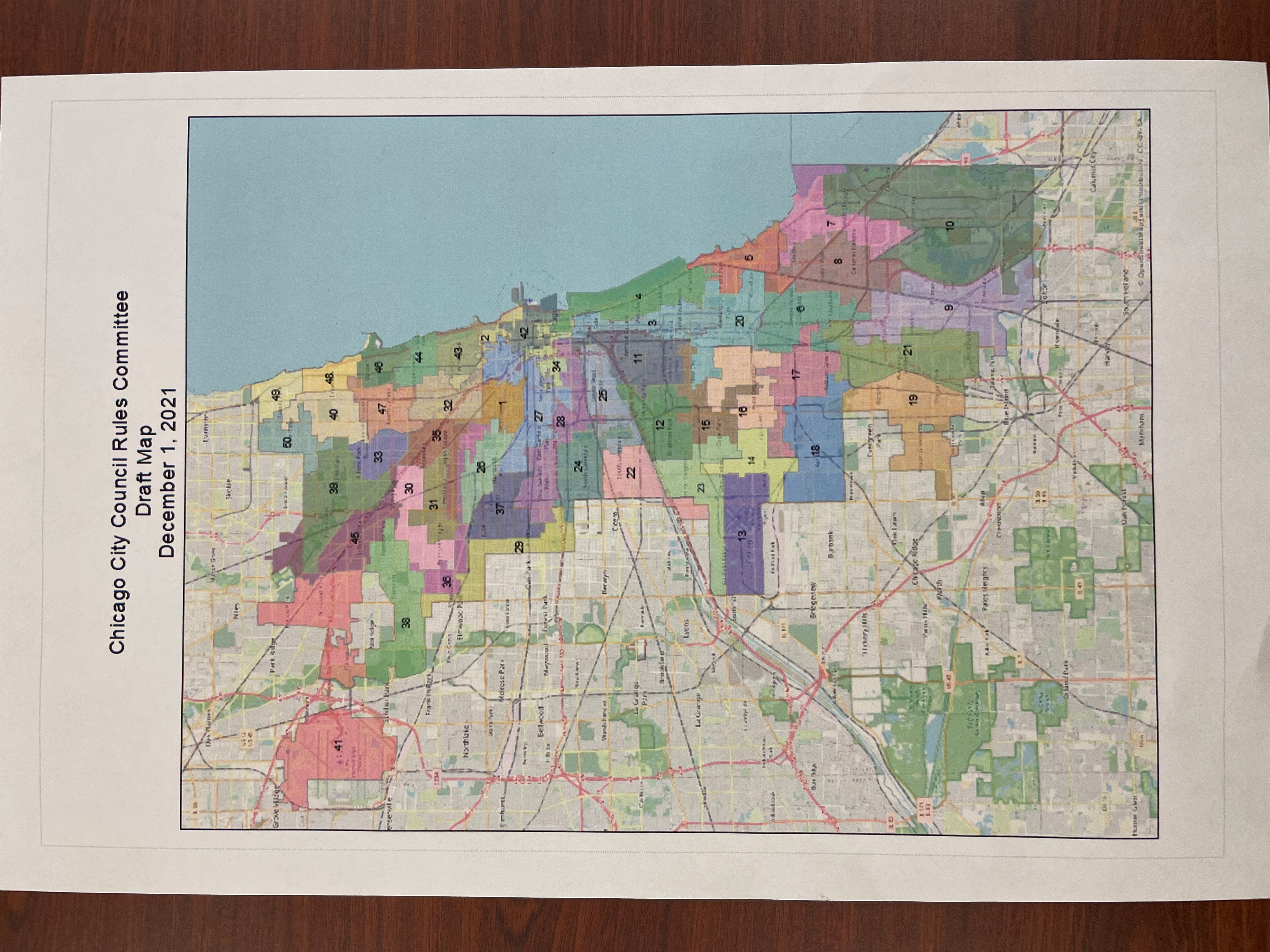 A new Chicago ward map was introduced to city council on Dec. 1, 2021.

Wednesday was the soft deadline for the council to approve a map that will determine the balance of power for the next 10 years. What was introduced today sets the stage for a series of public hearings and continued negotiations, which could take months.

"There have been some changes in the map. Tons of changes and I think that people and this process is so fluid it continues to change," said Ald. Michelle Harris, rules committee chair.

The new map does not significantly change the balance of power, and will be subject to public hearings starting next week.

It calls for 16 Black majority wards and one more where Blacks are the largest racial group, but not over 50%.

It also provides for 14 Latino Majority wards, one less than that caucus had been demanding.

"So power concedes nothing without a demand. I think they were looking to see if they could still run things using an old school playbook. And I think today we're seeing that that old school playbook didn't get them where they were trying to go. So now I hope we can have an open and transparent process," said 35th Ward Alderman Carlos Ramirez-Rosa.

"I support the map as has been presented. Again we definitely need to have community input as part of this process. And then we will see where we land after that," said Ald. Jason Ervin, chair of the Black Caucus.

Without enough support from council colleagues, the Latino Caucus and other aldermen supporting their coalition map are now planning for a potential referendum, while hoping that negotiations with the rules committee can avert one.

The big loser looks to be indicted Southside Alderwoman Carrie Austin. Her 34th Ward is now moved up to the Near West Side. Ed Burke, also facing corruption charges, becomes vulnerable as his 14th Ward boundaries have been moved.

But Chicago is also poised to make history by creating the first Asian American majority ward.


The battle for the majority Asian American ward has been in the making for decades. The ward will be centered around the city's Chinatown community.
All three groups that have proposed maps - the Black caucus, the Latino Caucus and the group behind People's Map - have all carved out an Asian American majority ward.

Council members are hopeful cooler heads will prevail in the weeks ahead, as negotiations continue.

"We weren't well as a council, and hopefully we will get to the point where adults will sit at the table and understand that what is best for the city, you know," said 24th Ward Ald. Michael Scott. "We don't want the financial costs of a referendum."

"So I'm confident that if we sit in the room and lock yourself up in the space, we can work together and with the public health," Ald. Harris said.