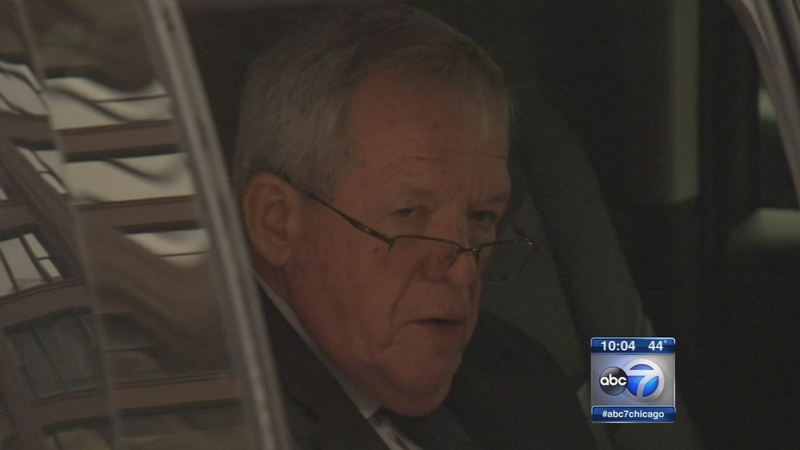 CHICAGO (WLS) -- Dennis Hastert, once one of the most powerful men in the country, was sentenced Wednesday to 15 months in prison.

This sentencing day comes after a hush-money case centered on accusations that the former Speaker of the House sexually abused at least four students decades ago. Some of them were as young as 14 years old at the time.

Hastert pleaded guilty in 2015 to breaking banking laws - making illegal withdrawals to pay one of the victims, "Individual A", $3.5 million in hush money.

Analysis of the timeline of Dennis Hastert's fall from grace, and legal analysis of his sentence.

Prosecutors wanted to charge Hastert with a sex crime, but the statute of limitations ran out years ago. Defense attorneys hoped for probation. They cited the 74-year-old Republican's failing health and said he has paid the price in public humiliation.

"Decades of not just political achievement but acts of goodness and charity have been erased, a lot of it even physically as his name has been removed from public places and his portrait at the Capitol put into storage," defense attorney Thomas Green said.

Judge Thomas Durkin said the sexual abuse overwhelmed any good things Hastert did. He said probation would be inappropriate. He said that but for his age and ailing health, he would have added more time to Hastert's sentence.

Judge: This is a "horrible case" ... "horrible day for our country." "I hope I never have to see a case like this again" #Hastert

During Hastert's sentencing, the judge discussed how the ailing ex-politician would need a Level 4 prison to offer appropriate care for Hastert's medical condition, calling him "unquestionably a sick, frail man." In his sentencing remarks, the judge mentioned the federal prison in Rochester, Minnesota, as being one capable of handling Hastert's care. The Federal Bureau of Prisons will ultimately decide where his sentence will be served.

Hastert faced a maximum of five years in prison. The judge said the 15-month sentence is not meant to be a death sentence. Hastert's date of surrender will be set at a later time. He is not in custody.

In addition to prison time, Hastert was ordered to undergo sex offender treatment and two years of supervised release after incarceration. Hastert was also fined $250,000, which will go to a victims' advocacy fund.

"But for the tenacity of our federal enforcement team here in Chicago, including the FBI, the IRS and this U.S. Attorney's Office, this day of reckoning would not have come, this curtain would not have been pulled back on these dark secrets... history would have told a lie," U.S. Attorney Zach Fardon said. "We brought the charges we could bring. And through that, Mr. Hastert's legend and legacy are gone, and in its place are a broken, humiliated man. That is as it should be."

"Mr. Hastert accepts the sentence imposed by the court today," Green said in a statement after the sentencing. "As he made clear in his own words in addressing the court, he takes sole responsibility for this tragic situation and deeply apologizes to all those affected by his actions. He hopes that he now can focus on addressing his health issues and on healing the emotional damage that has been inflicted on his family and friends who have shown unwavering support throughout this trying time."

Dennis Hastert, once one of the most powerful men in the country, was sentenced Wednesday to 15 months in prison.

The hearing began around 10 a.m. Wednesday. One of Hastert's alleged victims, referred to in court documents as "Individual D", took the stand.

He identified himself as 53-year-old Scott Cross. He's a suburban bank executive and brother of former Illinois House Republican Leader Tom Cross. Hastert was a mentor of Tom Cross and helped him get into politics.

Cross described the abuse in detail, with a trembling voice and tears in his eyes. He said he was stunned and devastated by what happened. He also testified that Hastert put a recliner in the wrestling locker room to watch the boys shower.

"He came to our home, sat down at our dining room table and told us what had happened to him years ago," Tom Cross said. "We had no earthly idea, there was never a hint that anything like that had ever occurred. It was a compelete shock and disillusionment to us about this person."

Jolene Burdge also testified Wednesday. Her brother, Stephan Reinboldt, claims Hastert sexually abused him when he was a student athlete.

"Now I stand here, 20 years later, with the truth on my side. Like many, I hope I am your worst nightmare," Burdge said Wednesday. "You took his life, Mr. Hastert. Not because he died of AIDS, but because you took his innocence and turned it against him." 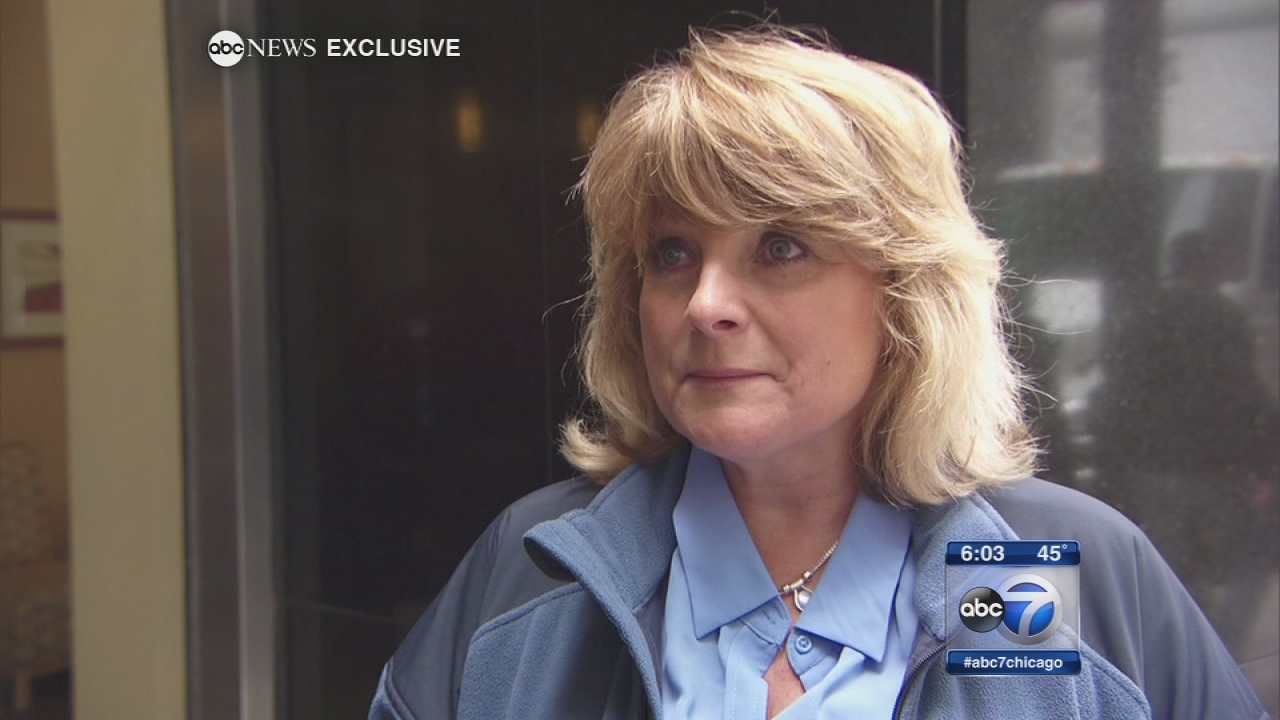 Individual A did not appear in court.

"He is a very private person and I think he feels like what's happened to him is out there in public and, certainly, we would encourage any victim to come forward and report and get some help, but I don't think he's going to want to come forward and make a statement himself," said his attorney Kristi Browne.

Hastert's attorney addressed the court next, acknowledging the testimony heard Wednesday and listing Hastert's achievements. The attorney asked the judge to consider Hastert's health in his sentence. Hastert looked at the ground while his attorney spoke.

Hastert took the opportunity to address the court Wednesday. His son helped him get to the podium to read his statement.

"I'm deeply ashamed for standing before you today," he said. "The thing I want to do today is say I'm sorry."

Hastert stopped sort of admitting sexual abuse, and only after direct questions from the judge did he acknowledge what had happened decades ago. When asked if he sexually abused Cross, Hastert initially said he didn't remember but later said he'd accept Cross's statement.

Hastert apologized to the victims and to the government, his supporters, constituents and his colleagues.

Hastert has used the words "mistreat," "misconduct," & "misled." It wasn't until judge asked him directly that Hastert admitted to sex abuse

After Hastert finished, Durkin delivered a plain and powerful sentencing speech in which he called him a "serial child molester." Durkin said Hastert lied, misled the FBI and concealed the reason he compensated "Individual A". He said Hastert knew what he was doing when he tried to "set up" that victim.

The Survivors Network of those Abused by Priests released a statement Wednesday applauding Hastert's sentencing, saying it could encourage other victims of or witnesses to abuse to come forward.

"We're grateful that Dennis Hastert will be jailed. Jailing child molesters, even elderly ones, is the best way to protect kids. Jailing him might also deter others from hiding child sex crimes. In our view, jail time is more about prevention than punishment. It will also help encourage others who saw, suspected or suffered child sex crimes to protect kids by calling police, exposing wrongdoers and seeking justice," said Barbara Blaine, national president member of SNAP.

Blaine also said Hastert's sentencing shows that no matter what title a person holds, it should never be a factor in whether or not they are held accountable for their actions.

"Whether you're a politician, a pastor or a plumber, if you commit or conceal child sex crimes, you will be held to the same standard as everyone else," Blaine said.
Related topics:
loopyorkvilledennis hastertsex abuse against childrenpoliticsi team
Copyright © 2021 WLS-TV. All Rights Reserved.
RELATED 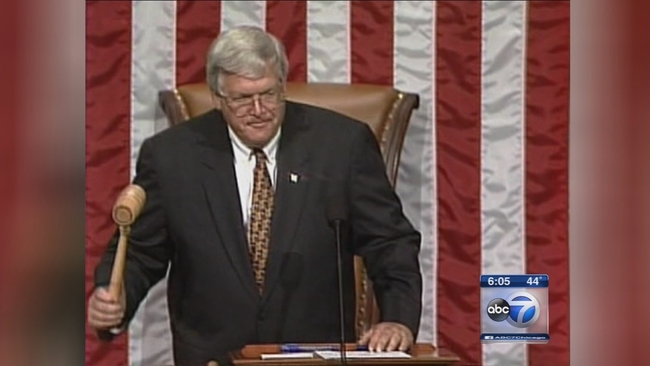 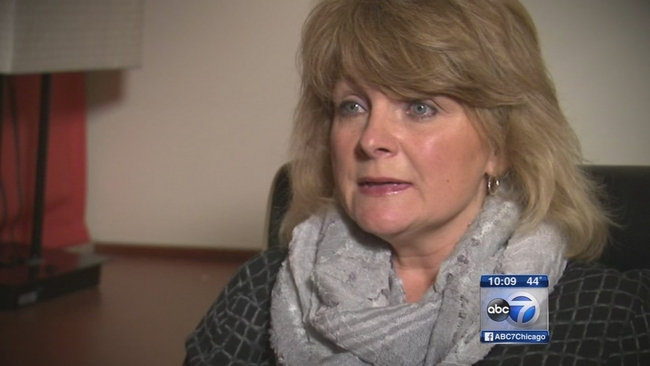 Sister of alleged victim speaks out ahead of Hastert sentencing 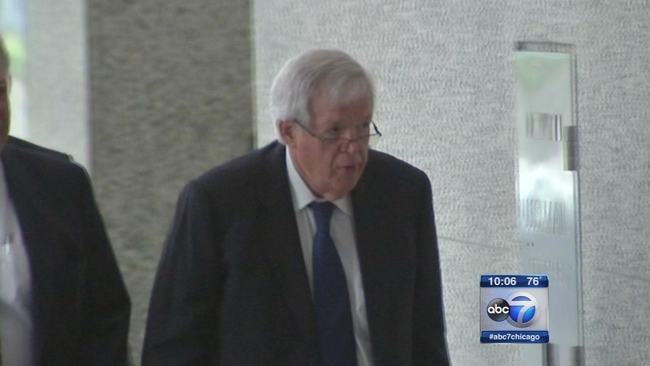 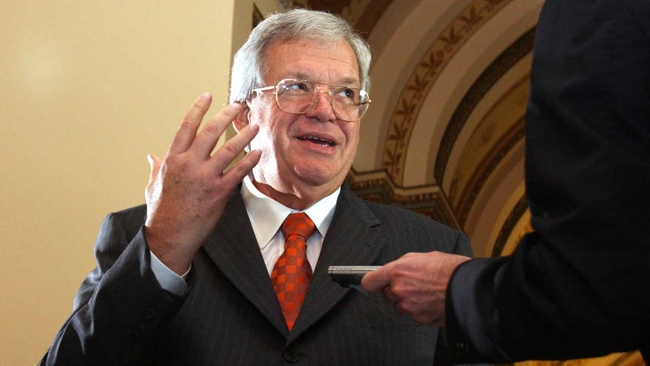