WLS
By Chuck Goudie and Eric Horng
JOLIET, Ill. (WLS) -- Drew Peterson was transferred Tuesday to a federal prison in Terre Haute, Ind., and is no longer in the custody of the Illinois Department of Corrections for unknown reasons.

Illinois prison officials confirmed Tuesday afternoon that the former Bolingbrook policeman and wife killer was no longer in Illinois custody, but said security concerns prevent them from saying why he was moved out of the state system.

Peterson was taken to the Northern Reception Center in Joliet before being transferred to the federal correction center in Terre Haute where he has been assigned the U.S. prisoner I.D. number of 07018-748.

"It is unusual by its very nature, you try to do it quietly but obviously this has gotten out," said former federal prosecutor Jeff Cramer.

Cramer told the I-Team that the transfer must be the result of something serious. The Terre Haute federal correction complex has housed many notorious criminals. It was the where Oklahoma City bomber Timothy McVeigh was executed, where the so-called "American Taliban" John Walker Lindh is imprisoned, and where former Illinois governor George Ryan served more than five years.

Cramer said there are only a few reasons a state prisoner would be moved into federal custody.

"Now that happens when there's a federal charge. The feds will take you out of local and bring you into their system, and that case plays itself out. There's no indication now, and I'm not sure what it could be, that there will be a federal charge against Mr. Peterson," Cramer said.

Other than a new federal charge, other reasons Peterson was moved include him being a witness in a federal case, his having an illness requiring special care at a federal facility, or him being caught in an escape plot from Menard Correctional Center in downtstate Chester, Ill.

Federal officials and Peterson's lawyer said there are no pending federal charges against him.

The move came as a complete surprise to Illinois authorities outside the prison system. Illinois State Police, Bolingbrook police and Will County officials did not know about the transfer until informed by ABC 7. Even Greenberg was unaware until the I-Team called, and he spoke with Peterson by phone 10 days ago about appeal matters.

Peterson is serving 38 for the 2004 killing of his third wife, Kathleen Savio. He was convicted in September 2012. Forty years were added to his sentence because he tried to put a hit on the Will County state's attorney who got him convicted, James Glasgow.

Glasgow did not have a comment on the move and said he was not informed of it. Neither were his son, Stephen, or any relatives of his fourth wife, Stacey Peterson.

Peterson would be eligible for parole at the age of 127, and while he has appeals in the works he has little hope of ever seeing freedom.

The Illinois Supreme Court heard arguments on Drew Peterson's appeal of his conviction for the death of his third wife Kathleen Savio.

Peterson remains the sole suspect in the death of his fourth wife. She has been missing since 2007.
Related topics:
bolingbrookjolietindianasentencingmurderdrew petersonpensionsmurder for hirei team
Copyright © 2020 WLS-TV. All Rights Reserved.
RELATED 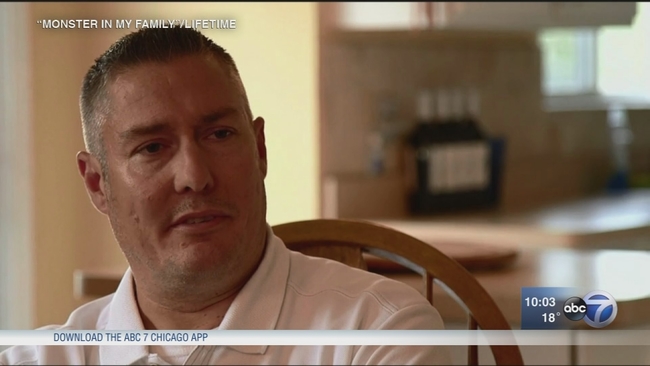 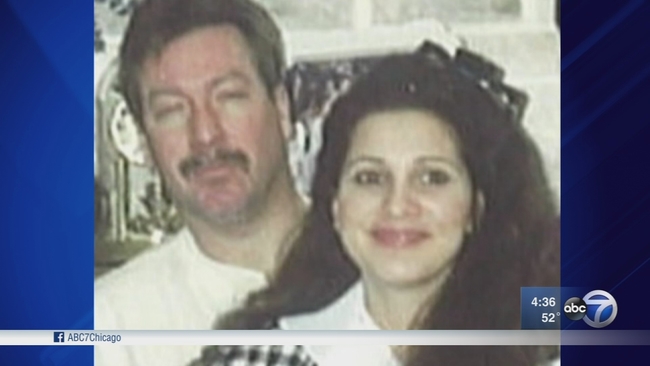 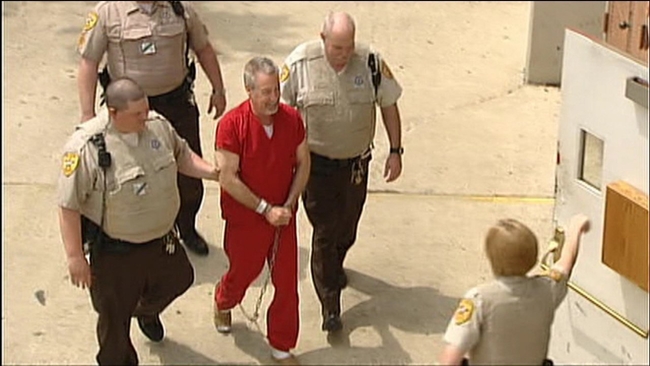 Drew Peterson sues to get police pension back
DREW PETERSON