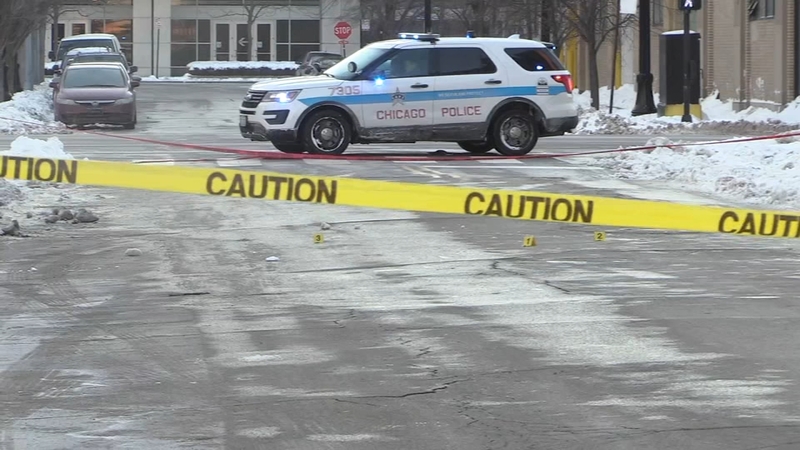 CHICAGO (WLS) -- Bells tolled Monday afternoon for the victims of killed at Northern Illinois University on Valentine's Day 2008, when a member of campus gunned down five people and injured 17 more.

Ten years later, horror struck a high school in Parkland, Florida, when a student murdered 17 people. Monday, a father of one of the victims, was arrested when he hung a banner from a crane in Washington, D.C., demanding new gun safety laws.

"On any measure, we are not nearly doing enough to act like we actually don't want Americans to get shot," said U.S. Rep. Sean Casten.

"We cannot allow ourselves to become desensitized to this kind of violence," said Kelly. "It doesn't have to be this way."

And three years ago Tuesday, workplace violence led to the death of five people, plus the shooter, at the Henry Pratt installation in Aurora.

"We recognize there's a real industry and there is a real group who profit off of this pain and tragedy," said Greg Jackson, executive director of the Community Access Justice Fund.

The anniversaries have been arriving in their grimness as lawmakers and gun control advocates gathered Monday via Zoom, due to the pandemic, to back federal legislation to combat interstate gun sales.

"This epidemic of gun violence is a uniquely American challenge... We do not see this in any other industrialized country," said Arne Duncan of Chicago Cred. "We know what works. This is not putting a man on the moon."

U.S. Reps. Casten and Kelly have bills in front of Congress that would empower federal authorities to crack down. President Joe Biden noted the anniversaries in a statement Monday.

"Congress must do much more, beginning with requiring background checks on all gun sales, banning assault weapons and high-capacity magazines, and eliminating immunity for gun manufacturers," Biden said.

"There are adequate laws to police interstate gun trafficking," Pearson said. "The problem is those laws are not enforced and suspects are not fully prosecuted when they break those laws."