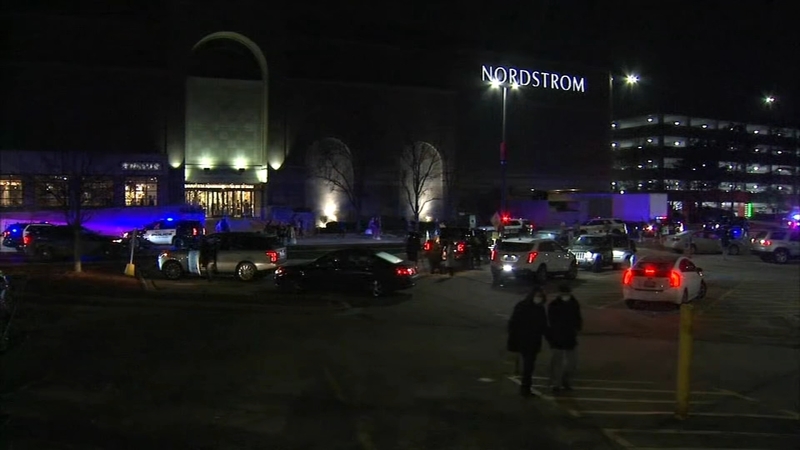 "Make no mistake, people who commit crime like this in DuPage County will be arrested and charged," said DuPage County State's Attorney Robert Berlin.

A DuPage County judge Wednesday said 32-year-old Tryan Williams and 29-year-old Steve Lane's alleged conduct was as egregious as it gets.

Williams appeared in court in a wheelchair, still recovering from the four gunshot wounds he suffered in the shootout.

The two men, along with another male witness, got in some sort of dispute that night, according to police, stemming from an ongoing beef over social media.

Williams and Lane then pulled out their guns and began shooting at each other in the east part of the mall adjacent to the Nordstrom. They fired off 12 shots in the second largest shopping mall in the Chicagoland area.

"These two defendants decided to settle a verbal argument by taking out handguns and firing multiple times with thousands of men, women, children and families present are evidence of an unconscionable degree of violence and a complete and utter disregard for the safety of the public," Berlin said.

Three women were wounded by the gunfire. A 57-year-old man also suffered a graze wound. And an 18-year-old woman broke her ankle, trying to run away.

Running, pancking and hiding: Witnesses describe the chaos that broke out during the shooting at Oakbrook Center Thursday evening.

Berlin called the response from several law enforcement agencies swift and overwhelming, with officers there in seconds to protect the estimated 20,000 shoppers there that night.

"We are going to continue our stepped up efforts throughout the holiday season and also look at different policies going forward," said Oak Brook Police Chief James Kruger.

The state's attorney said the incident was not gang-related and people should feel safe visiting the mall.