President Trump made the comments about possibly commuting Blagojevich's sentence to members of the media on the flight back to Washington from El Paso.

"I thought he was treated unbelievably unfairly; he was given close to 18 years in prison," Trump said. "And a lot of people thought it was unfair, like a lot of other things - and it was the same gang, the Comey gang and all these sleazebags that did it. And his name is Rod Blagojevich. And I'm thinking about commuting his sentence."

Rod Blagojevich, the former Governor of Illinois, was sentenced to 14 years in prison. He has served 7 years. Many people have asked that I study the possibility of commuting his sentence in that it was a very severe one. White House staff is continuing the review of this matter.

"I think this president doesn't have a lot of confidence in the criminal justice system and he wants to make a statement that he feels like people like him have been persecuted by that system and Blagojevich is another example of that," said ABC7 Political Analyst Laura Washington.

Mayor Lori Lightfoot, a former federal prosecutor, expressed her own concern about the president issuing clemency outside of the usual Justice Department channels, where this is actually an office and procedures for presidential pardons and commutations.

"The challenge here is the president is someone who doesn't respect the rule of law. We have no idea what his actual process is for making these very important decisions," Lightfoot said.

President Trump said he is 'strongly' considering commuting Rod Blagojevich's sentence, and if he decides to take action the disgraced former government could be released from pris

And pardon and commutation are very different offerings for a convicted criminal.

Blagojevich is halfway through serving a 14-year sentence after he was convicted of multiple federal corruption charges, including trying to solicit money to fill Barack Obama's U.S. Senate seat. Blagojevich was wiretapped in phone conversations.

"He's been in jail for seven years over a phone call where nothing happens - over a phone call which he shouldn't have said what he said, but it was braggadocio you would say," Trump said. "I would think that there have been many politicians - I'm not one of them by the way - that have said a lot worse over the telephone."

"The statement is 'I didn't do anything wrong and neither did Rod Blagojevich and so there,'" Washington said.

But Jim Matsumoto, who served as jury foreman in the first of two Blagojevich trials, disagrees.

"To let him out is not justice, in my opinion," Matsumoto said. "He has shown no remorse whatsoever, and he claims he did nothing wrong."

Soffer and Lightfoot agreed that while legal minds can argue over the fairness of Blagojevich's 14-year prison term, there should be no dispute about the seriousness of the governor's corruption.

"The former governor was convicted in a court of law, there were several appeals that went up and the decision of the jury and the judge have been upheld by the 7th Circuit several times," Lightfoot said. "The governor disgraced his office. He's one of the few governors in the history of the country that's been impeached. And, he didn't take seriously the incredible magnitude of power which he held, and I am not sure that I've ever heard any contrition on his part."

"In a state where corrupt, machine-style politics is still all too common, it's important that those found guilty serve their prison sentence in its entirety. Rod Blagojevich is certainly no exception. The former Governor's proven record of corruption is a stain upon Illinois and its citizens. We must stand up and send the message that corruption will not be tolerated in Illinois," said Illinois Republican Party Chairman Tim Schneider

Although Trump said he is moving toward cutting Blagojevich's sentence short, he certainly could decide to pardon him. Either way, if it happens, the actual released would be quick, according to sources familiar with the process. The governor could be headed home either the same day or certainly within several days of such a decision.

This is also not the first time Trump has spoken about setting Blagojevich free. The last time was fifteen months ago. Blagojevich remains in federal prison.

On Twitter, Patti Blagojevich said, "Our President's comments on Air Force One last night make us very hopeful that our almost 11 year nightmare might soon be over. We are very grateful."

Our President's comments on Air Force One last night make us very hopeful that our almost 11 year nightmare might soon be over. We are very grateful.

"His wife I think is fantastic and I'm thinking about commuting his sentence very strongly," the president added Wednesday night. "I think it's enough, seven years."

Mark Vargas, a spokesman for Patti Blagojevich, said in a statement, "Patti remains hopeful - and we'll continue to follow along closely."

In a statement to ABC7, Blagojevich's brother Rob Blagojevich said, "I am cautiously optimistic that President Trump will do the right thing for my brother. President Trump has a track record of looking at legal injustices done by the Department of Justice and he's trying to make amends for those who have been unjustly prosecuted."

ABC7 has reached out to his attorneys for comment.

A spokeswoman for Governor JB Pritzker issued a statement saying, "The governor has said he believes the former governor is in prison, where he belongs. The president should instead focus his attention on the critical issues facing this country, like gun safety." 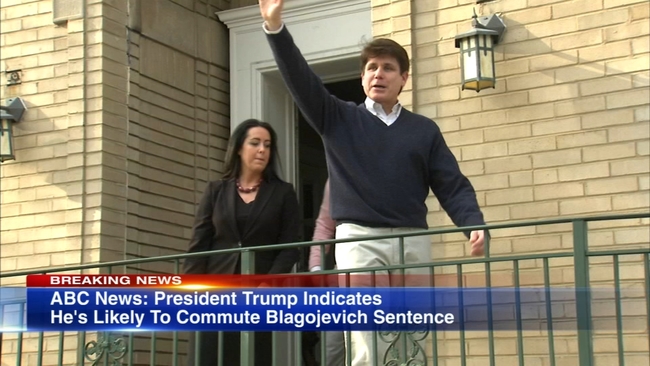 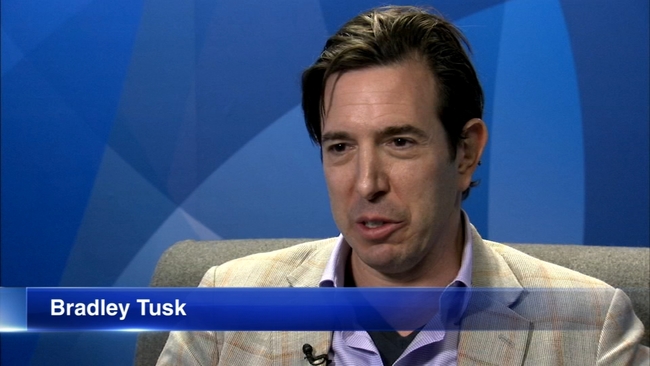 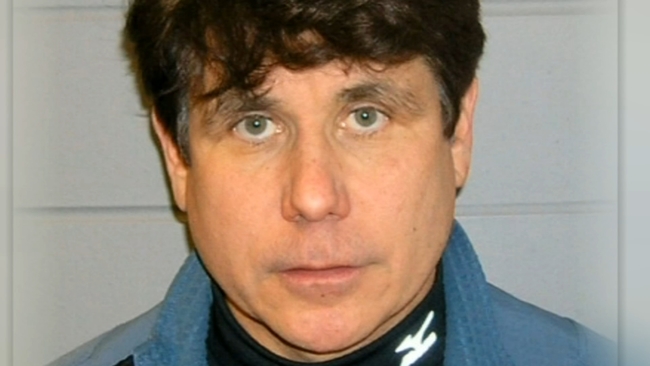