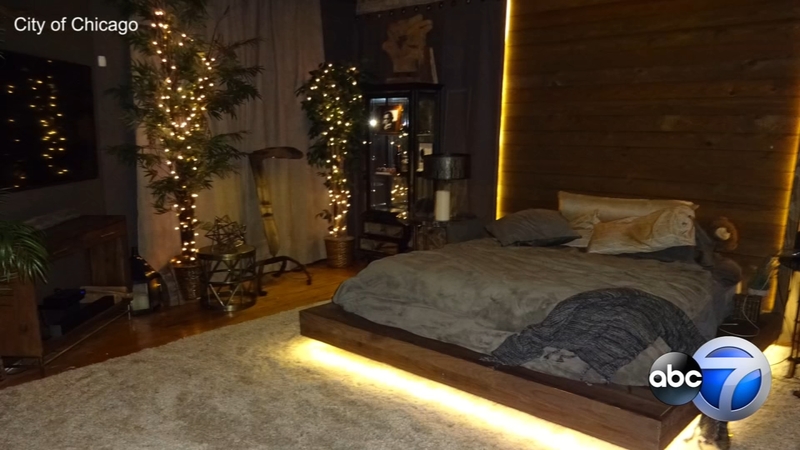 CHICAGO (WLS) -- City inspectors say singer R. Kelly has not complied with their order to clear what appear to be bedrooms in his near West Side studio space.

New photos taken Wednesday show what appears to be the bedroom area still intact. There is a hearing scheduled for Friday regarding code violations uncovered by city inspectors last month.

In January, Chicago officials presented evidence of electrical, structural and safety issues inside the building, as well as of people having been living in the building.

Last month, Sims described the inspection as "uneventful" and said it debunked previous concerns that someone may be living in the studio, which is not zoned for residential use.