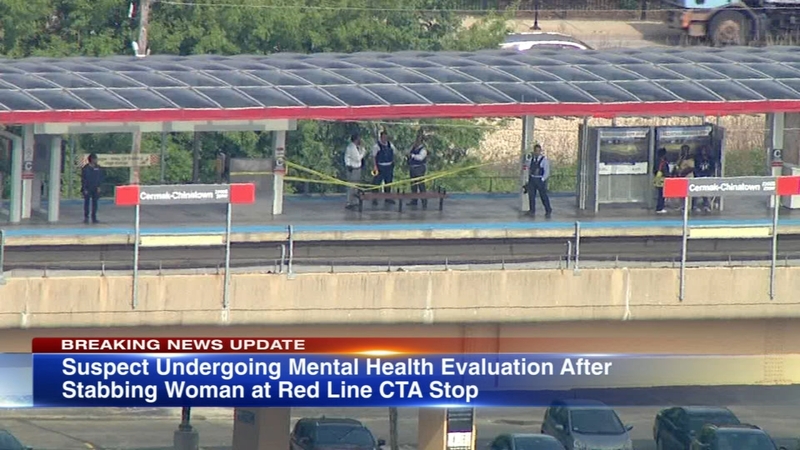 CHICAGO (WLS) -- A 29-year-old Chicago man has been charged in connection with the stabbing of one woman and battery of another on the Chinatown Red Line platform last week, Chicago police said Tuesday.

Investigators said a male suspect stabbed a 22-year-old woman in the face, then assaulted another 20-year-old woman on the CTA Cermak-Chinatown platform about 10:30 a.m. last Wednesday.

The 20-year-old woman was able to avoid the stabbing, but the suspect punched her in the face with his fist, police said.

The 22-year-old woman sought treatment at Northwestern Memorial Hospital. No information was immediately available on her condition.

The same man later swung a construction cone at a woman at the Roosevelt stop, police said.

Green is due in court Tuesday.