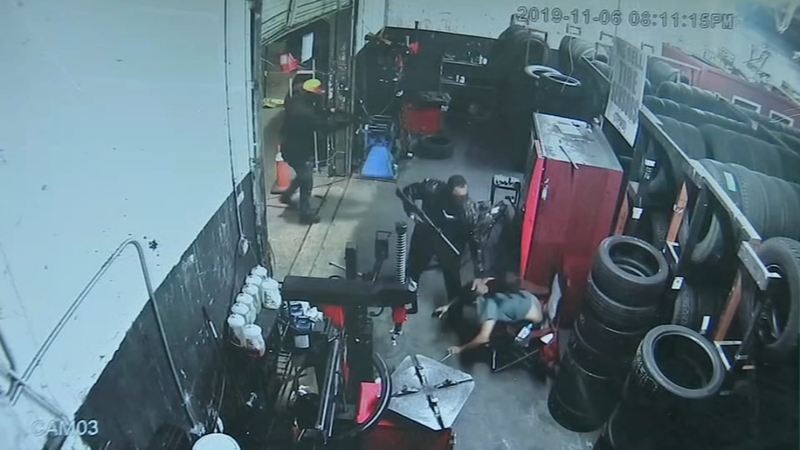 HOUSTON, Texas -- Employees at a Houston 24-hour tire shop went through terrifying moments as two masked men stormed the store, and it was all caught on surveillance video.

It happened at 8 p.m. Wednesday at Tire World, where manager Robert Moore tells our Houston ABC sister-station it happened while workers were having some downtime.

Video of the scene shows a large man entering the shop with a long gun. He points his rifle at a worker in a chair and forces him to the ground. Then, a second suspect with his face covered comes in, also pointing a rifle, and yelling at a second worker in the back.

At one point, both employees are on the ground on their stomach but then they are forced into another room.

Moore said the suspects left the shop with nothing as there was no money in the shop.

"We really need these guys caught. I don't want to make threats. I don't want to say anything inappropriate -- but go get a job or do something else with your life, because you may not be so fortunate the next time," Moore said.