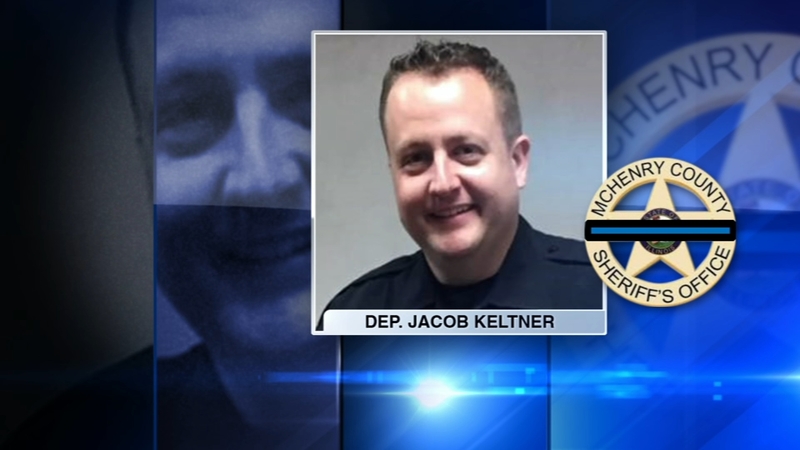 WOODSTOCK, Ill. (WLS) -- Fallen Sheriff's Deputy Jacob Keltner was recognized Tuesday night, with his widow and family in attendance at the McHenry County Board Meeting.

Keltner was shot and killed while serving a warrant on a fugitive at a Rockford hotel.

Keltner and his family were honored with a formal proclamation. Officials said even in death he continues to make a difference.

The board meeting featured a solemn tribute and heartfelt embrace as the community stood with the family in mourning.

The meeting was the first since Keltner's death. As his widow Becki wiped away a tear, counter official read the proclamation in honor of the fallen deputy.

"The members of the county board mourn the passing of Deputy Jacob Keltner and extend our sincere condolences to his family, friends, and his brothers and sisters in law enforcement," read Jack Franks, McHenry County board chairman.

For Keltner's relatives and his law enforcement family, the last 12 days have been a test of faith. But they've also revealed the community's strength of character. Hundreds attended Keltner's funeral last week and many paid their respects along the procession route.

"Howie, Becki, Don, Luke, Christine, we grieve with your family, and our hearts are broken," Franks said.

Keltner's family did not speak, but Becki's words from her recent letter were quoted: Jake "saw the worst of the worst but still had so much love in his heart ... We all need to show each other love."