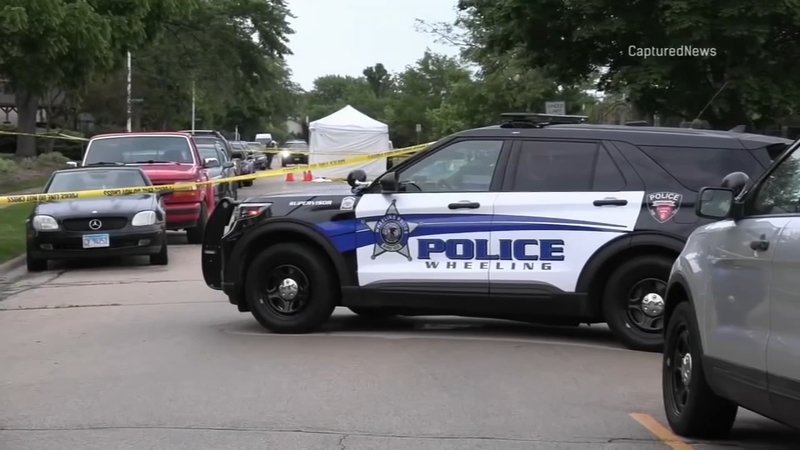 On Sunday morning, children played in a park oblivious, to the violence overnight that claimed two lives just down the street.

Police said they were called to the scene in Wheeling, where they found the bodies of two people. It was an alarming sight for many neighbors in this normally peaceful community.

"It's quiet, peaceful," said neighbor Howard Solomon, who said he was surprised by what happened.

According to a man who said his roommate was one of the victims, the roommate, whose name has not been released, was arguing with his girlfriend outside the apartment about 3:30 a.m. He said his roommate came inside to get something and left. A short time later, the shooting happened.

"What I hear this morning broke my heart. Look at that family," said another neighbor, Ted.

Police said their investigation is continuing, but in a statement, they said "responding officers found two individuals, deceased, a male and female with wounds consistent with firearm injuries. A handgun was also found in close proximity. Wheeling police investigators are working to identify the individuals, reconstruct their activities and process the scene."

"It is scary. We have to rethink our walking schedule, maybe walk early," said neighbor Andrew Shternberg.

The Cook County medical examiner has not yet released the names of the two people killed. In their statement, Wheeling police said they believe there is no risk to the public at this time.