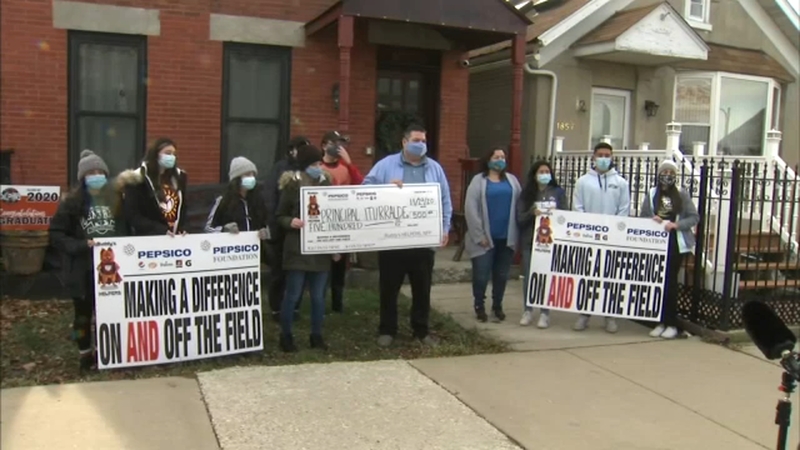 South Side principal surprised, honored for commitment to students

CHICAGO (WLS) -- A CPS educator got a surprise Sunday as the community recognized him for his commitment to Chicago students.

Eric Solorio Academy High School Principal Victor Iturralde was greeted outside his home when teens with Buddy's Helpers presenting him a $500 check.

"I think it's gonna just energize the work that I do and you know that... I can, it does make a difference," Iturralde said.

"I'm just trying to do my best so that our students have a chance," he added.

RELATED: Northbrook Junior High teacher honored for going above, beyond for students during pandemic

Now, he's being saluted for that work with this money, which he'll be able to donate to a charity of his choosing.

"He knows my story and I'm just one of many Solorians," said one of Iturralde's students, Lizbeth Barajas.

Barajas was among those surprising her principal. She said she is grateful for his efforts, even as he recovers from recent surgery.