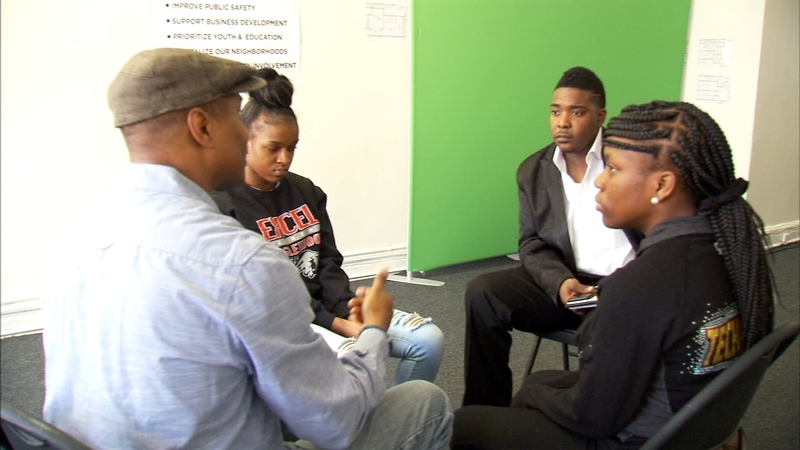 CHICAGO (WLS) -- Days after the sentencing of former police officer Jason Van Dyke for the murder of Laquan McDonald in 2014, several organizations rallied and marched to share their frustrations with the sentence that was handed down.

Some said the sentence as not tough enough for the murder of a 17-year-old African American.

Since the video of McDonald's shooting became public there have been reforms to police policy and investigations. But for some who have yet to feel that change, Monday is just another day.

Larry McGhee tries to stay positive, but said getting pulled over by police is just part of daily life for him as a black man in Chicago.

The 27-year-old said since he has a clean record, the officer usually says "Have a good day," and doesn't issue him a ticket. That very thing happened to him Friday, the same day Van Dyke was sentenced to six years and nine months in prison.

Young Chicagoans ABC7 asked were not impressed by the sentence.

"It was sad," said Keauhje Moreland. "The whole situation was sad."

"If it had been one of us in this room, we probably would have gotten more time," said McGhee.

While things may be happening to make things fairer in Chicago and the Chicago Police Department, they said they can't feel any of the changes.

It's not fair," said Ke'Ayla Moreland. "At my age I know how to act around a police officer and I know how to react to a situation."

"We still are gonna be us, but it's like we still come across officers trying to find anything," said Keauhje Moreland.

"I wish it could change. I wish I wouldn't get pulled over by the police," McGhee said.

Wooten is also a retired Chicago Police officer. He said Van Dyke's sentence erodes what was a nascent relationship between police and community.

"We want true transformation, true reform, and we want to be able to see it and feel it in our communities," he said.

Monday Wooten counseled the young people to not give up wanting more, and that they deserve to live their lives peacefully.

Wooten's organization hosted one of the first town halls when the Department of Justice was investigating CPD after Laquan McDonald's shooting.