A Chicago man has been charged in connection with a South Loop hit-and-run that left a woman critically hurt last month.

CHICAGO (WLS) -- A 29-year-old Chicago man has been charged in connection with a South Loop hit-and-run crash that left a woman critically hurt last month.

Allen Espino is charged with leaving the scene of an accident causing injury or death, and appeared in bond court Saturday. Cook County Judge Susana Ortiz set Espino's bond at $100,000 and ordered that he be placed on electronic monitoring if he's able to make bail.

Chicago police previously released a surveillance image of a red pickup truck wanted in a hit-and-run crash that injured a woman in the South Loop Sept. 15.

The 61-year-old woman was struck as she was sitting in a bus stop booth in the 1100-block of South Michigan Avenue at about 11:45 p.m., police said.

Avila and her husband Gage Ruport recorded cellphone footage of the Mexican Independence Day celebrations in the South Loop and captured the crash. The couple is from Phoenix, Arizona; they'd been vacationing in Chicago for a few days.

"We were standing on the corner, and he popped up on the curb and slammed on his brakes, then reversed and went back up on the median," Ruport said.

The woman suffered injuries to her legs. Good Samaritans rushed to help her by creating a makeshift tourniquet by wrapping a Mexican flag around them.

"There were cars stopped everywhere," said resident Hollie Coto. "Just an entire roadblock. Even cars were coming down and around from 11th Street and turning around to get back onto Michigan again going up north. It was just mayhem."

Witnesses said the truck had a Mexican flag on it.

Police said the red pickup truck failed to stop at the scene and fled south on Michigan Avenue and then west on Roosevelt Road.

The Chicago Police Major Accident Investigation Unit is investigating the crash, and anyone with information is asked to contact them at (312) 745-4521. 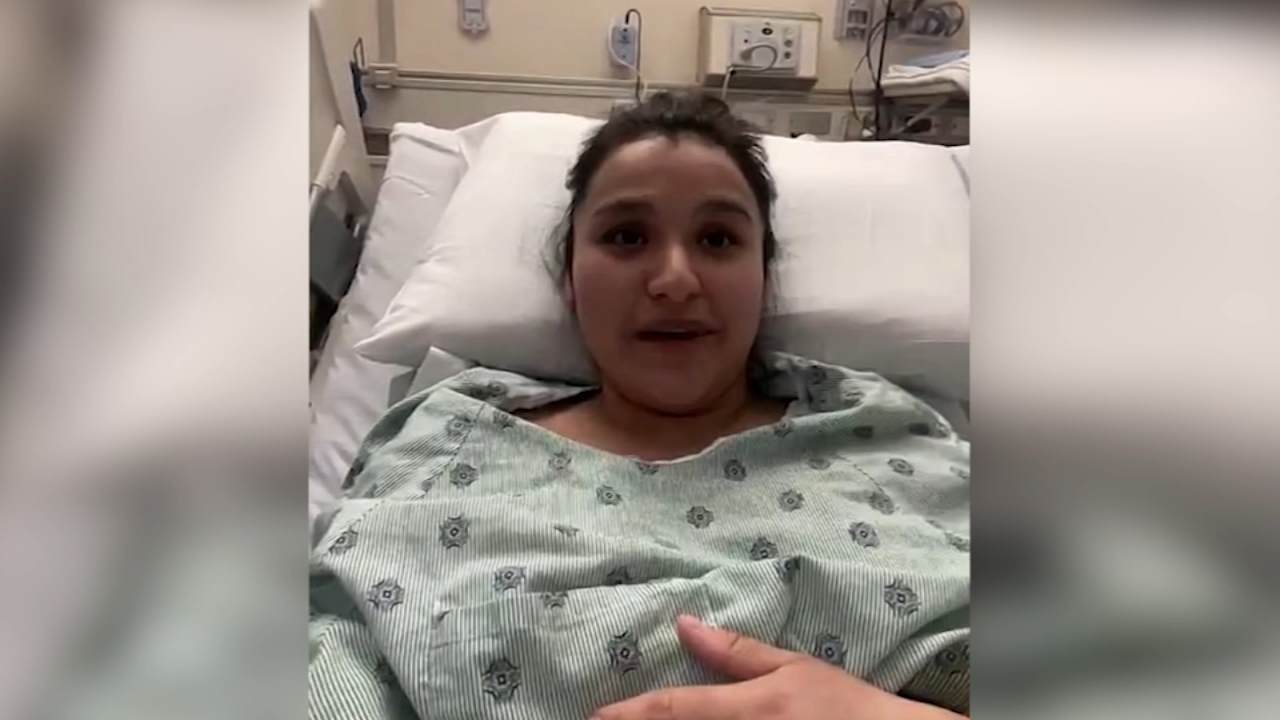 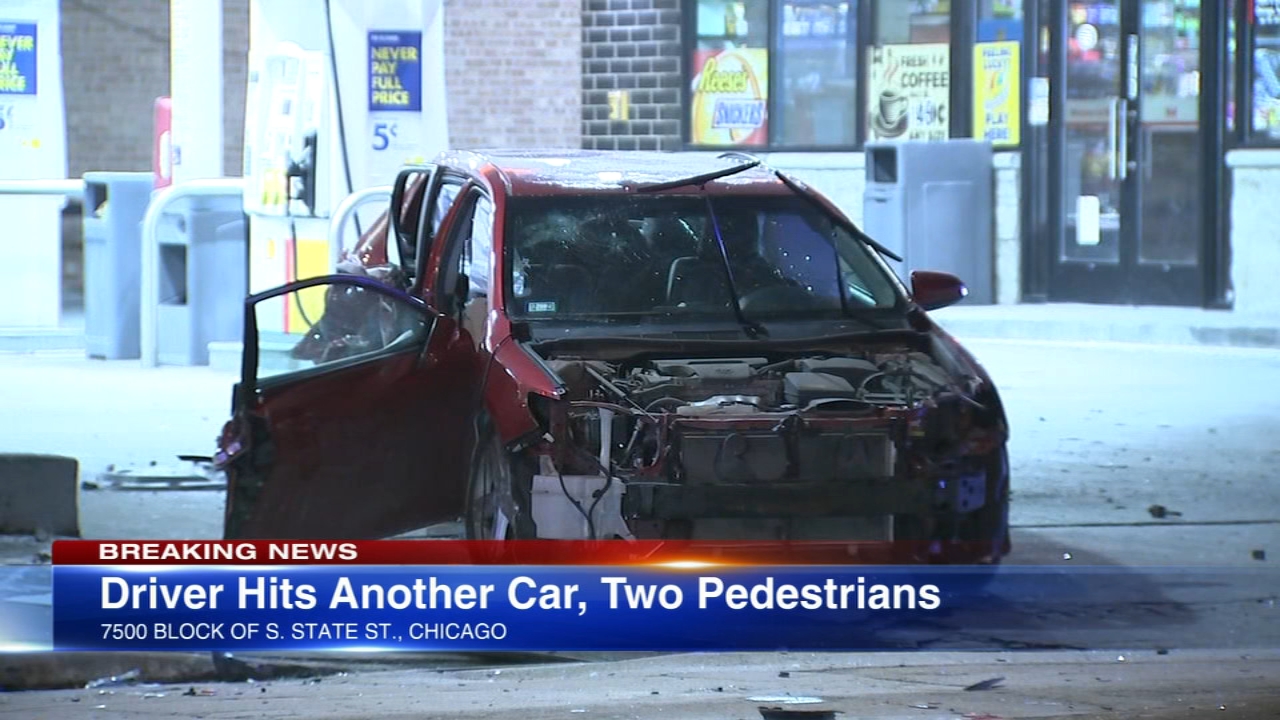 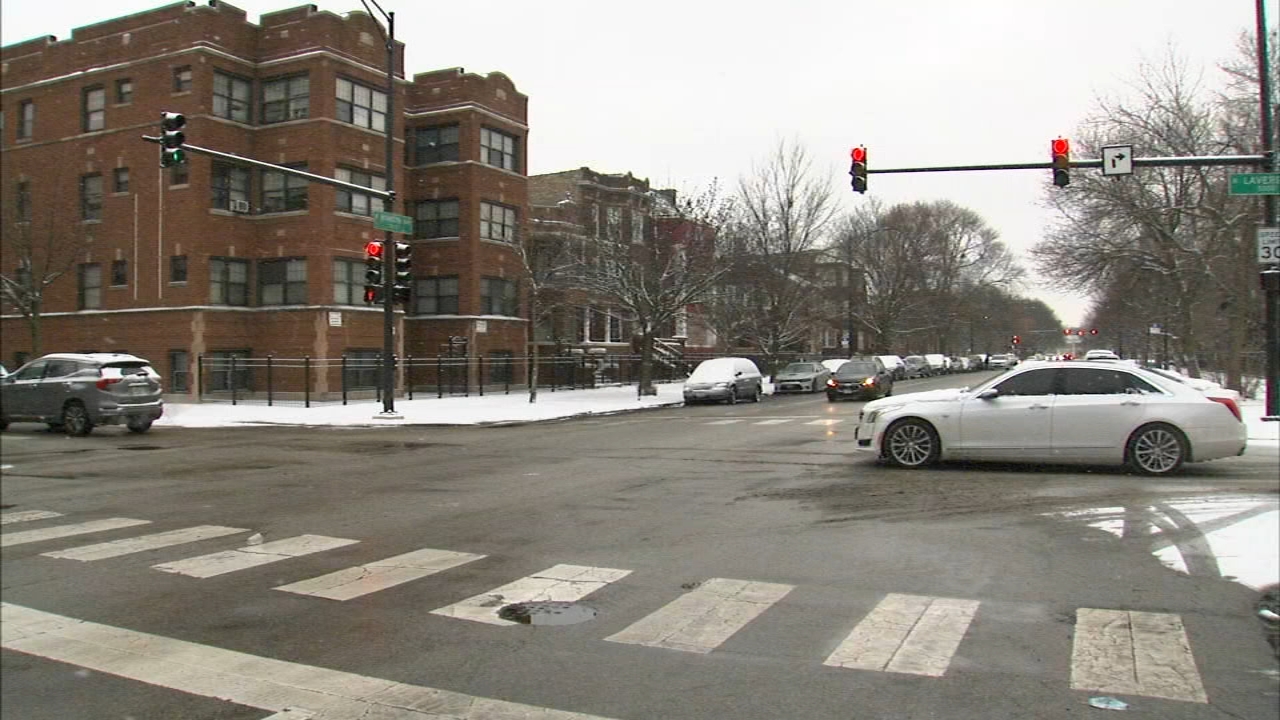 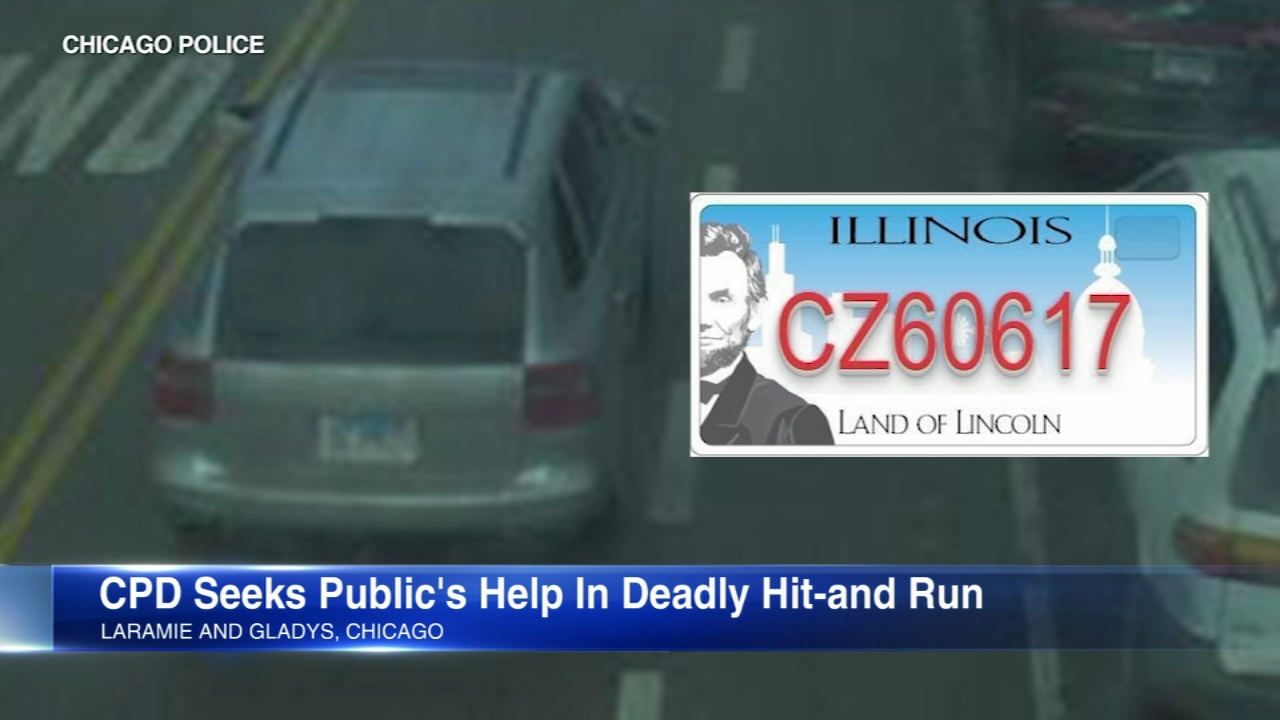