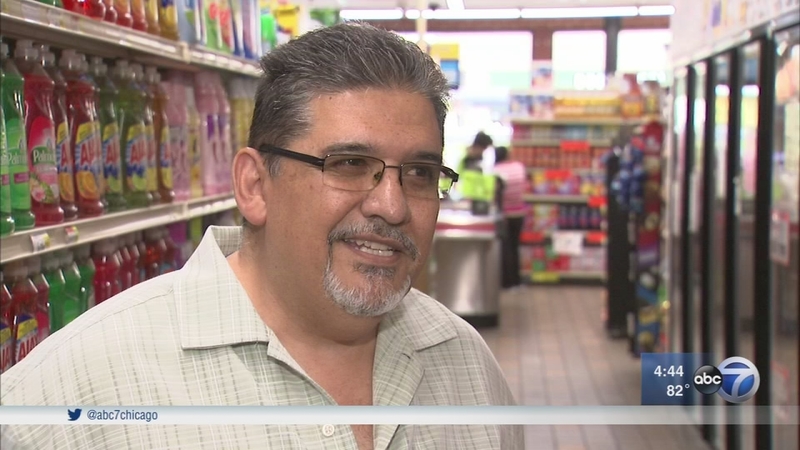 CHICAGO (WLS) -- Retail groups are joining with some county leaders to fight against a proposed tax on sweetened beverages.

The tax was still tied up in court Thursday, but some store owners discussed what they called grim consequences if the tax goes into effect.

On Tuesday, Cook County Board President Toni Preckwinkle said over 1,100 people will have to be laid off because of the loss of tax revenue. But small businesses get support from some Cook County commissioners, who said Preckwinkle should look other ways to cut the budget.

Martin Sandoval, who runs a family-owned grocery store in Little Village and others in Cook County, said he sells a lot of drinks that would be subject to the sweetened beverage tax, which will add a penny per ounce to the cost. He said many customers will go outside Cook County to avoid the tax.

Preckwinkle said without the tax the county will lose nearly $68 million in revenue this year and more than 1,100 layoffs will be needed to cover the loss.

"The beverage tax is not the cause nor the solution to Cook County's financial challenges," said Brian Jordan, president of the Illinois Food Retailers Association.

Thursday, three commissioners who opposed the tax called the layoffs a scare tactic and said they are setting up a working group to review the budget for different ways to save money.

"That will actually look at every agency, look at every separate elected official and find ways to cut redundancy, bureaucracy and things that are not needed," said Richard Boykin, Cook County commissioner.

Sandoval said he worries the tax could force him to possibly close stores or make serious cuts.

A spokesperson for Preckwinkle said commissioners were warned last year that there would be layoffs without the beverage tax revenue, and called the working group proposal unrealistic.