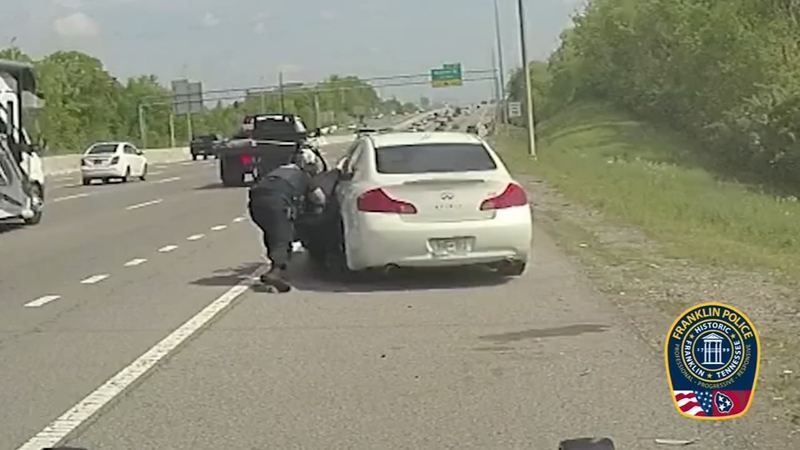 They asked him to step out of his vehicle after seeing a gun inside and smelling marijuana.

Nicholson complied, but then broke away from an officer and managed to get back into his car.

RELATED: Video shows semitrailer nearly crash into Ohio school bus: 'This could have been devastating'

He then dragged two officers down the interstate, running over one of them in the process.

Witnesses followed Nicholson and reported his location to police.

He was arrested outside a nearby Walmart a short time later and is now facing assault charges.

Nicholson is out of jail on a $40,000 bond, and more charges might be filed against him.