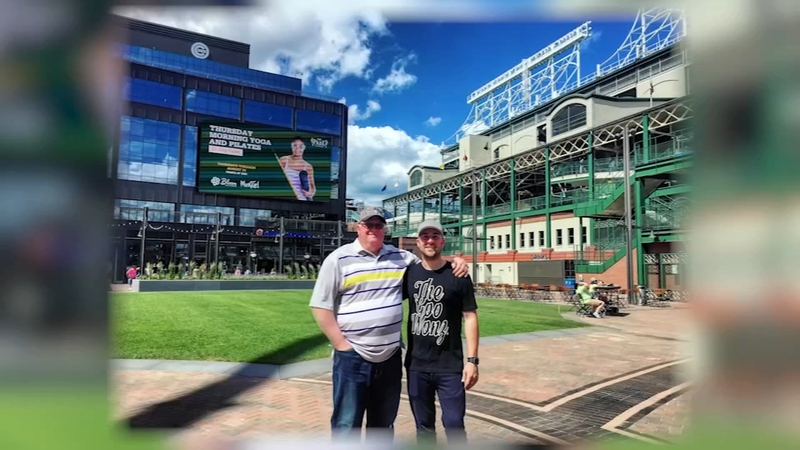 ARLINGTON HEIGHTS, Ill. (WLS) -- The cremated remains of an Arlington Heights man's father were lost in the mail when they were shipped from California to Illinois.

"My dad means the world to me and, you know, this is the most important thing to me," said Colin McGuire.

"I was extremely close to my dad," he said. "He was my best friend."

Months later, his 93-year-old grandmother passed away. Due to COVID restrictions at the time, the family decided to hold a double burial for them both a year later. The ceremony was set for last Friday.

"The ashes were with me at my current place in California, and I was shipping them to the funeral home to prepare them to go into the burial-grade urn," McGuire said.

He said he was told the only way to transport his father's remains was through a special USPS service.

"We shipped my dad's ashes on May 11 and his burial service was supposed to be on Friday, May 20," he said.

He said the remains were supposed to arrive at a suburban funeral home two days after he shipped them, but they never did.

He went to USPS every day, demanding answers.

"I hear the same thing from the postal service every day. We haven't heard anything back," he said. "If, you know, losing your dad isn't enough, you know, losing his cremated remains. It makes you feel pretty lousy. At I'm just hoping that we get it back."

A spokesperson for USPS told ABC7 "We first wish to offer our condolences to the McGuire family and a sincere apology for the unintended delay" and "We are committed to an ongoing search and will work to resolve this matter."