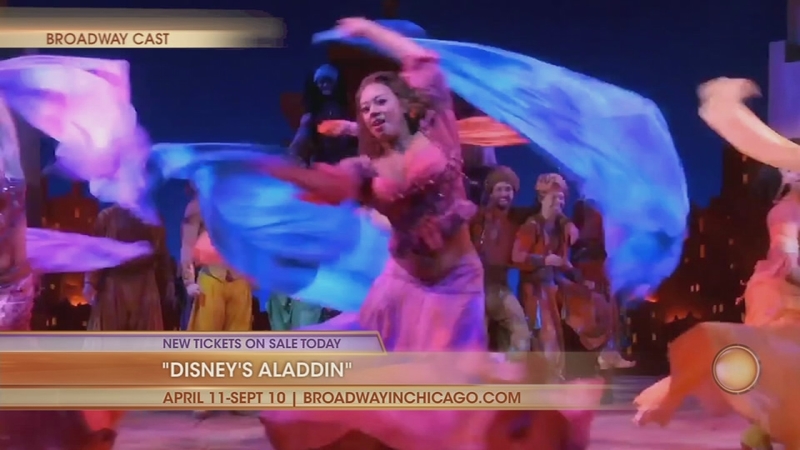 CHICAGO -- "Disney's Aladdin" kicks off its first national tour in Chicago on April 11, 2017 at the Cadillac Palace Theatre and will run through September 10!

Tickets for the extended run of the show (July-September) are on sale NOW! The show is based on the hit animated film and launched on Broadway three years to huge success. Since then it's played in Tokyo, Hamburg, London, and Sydney to more than four million people.

Now, for the first time, US audiences outside of New York City will get to see the beautiful spectacle that is "Disney's Aladdin."