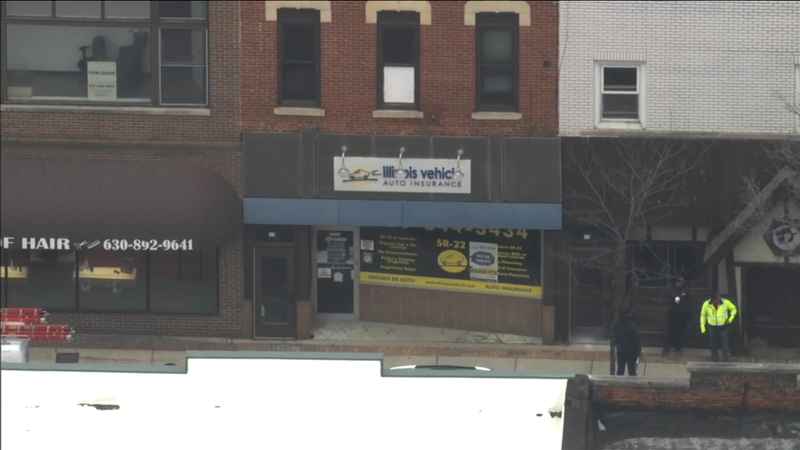 The fire broke out just before 12:25 a.m. at 15. N. Broadway, Aurora Fire Battalion Chief Jim Rhodes said. Six people needed to be rescued from the building, as they had become trapped, he said.

Two people were transported in serious condition to a local hospital.

A woman jumped from a third-floor window and landed on the roof of an adjacent building. The jump was about 20 to 25 feet.

The fire's cause remains under investigation.

The blaze was put out about 1 a.m., but firefighters remained on the scene to determine any structural damage, temporarily closing Broadway from East Galena Boulevard to East New York Street.

No damage was reported to the storefronts below the apartments.