1 woman has been identified as 80-year-old Yuet Tsang, according to the medical examiner's office
WLS
By ABC7 Chicago Digital Team 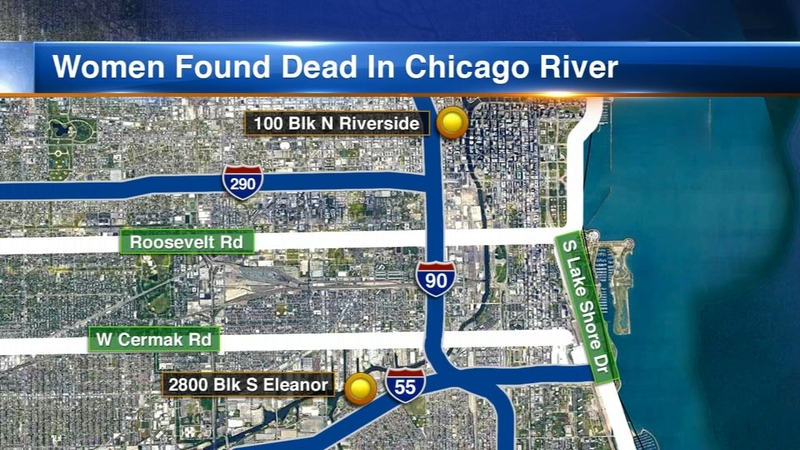 CHICAGO (WLS) -- Three bodies have been recovered from Chicago's waterways over the past two days, police said.

The Chicago Police Department said its marine unit recovered a body at about 9:00 a.m. on Sunday morning from Lake Michigan on the Near South Side. The unidentified man was found unresponsive and pronounced dead near the 3000 block of South Fort Dearborn Drive. Detectives are conducting a death investigation, pending autopsy results.

Two bodies were recovered from separate parts of the Chicago River Saturday, according to police.

A woman's body was discovered in the water around 11:40 a.m. in the 100 block of North Riverside Plaza in the city's West Loop neighborhood, police said. The CPD Marine Unit pulled the body from the water and she was pronounced dead at the scene. About 30 minutes later, another female body was found unresponsive in the water in the 2800 block of South Eleanor Street in Bridgeport, police said. She was also pronounced dead at the scene.

The second woman has been identified as 80-year-old Yuet Tsang, according to the Cook County Medical Examiner's Office.

As of now, police are not saying the two Chicago River scenes are related.
Detectives are conducting a death investigation, pending autopsy results, officials said.