All lanes have reopened
WLS
By ABC7 Chicago Digital Team 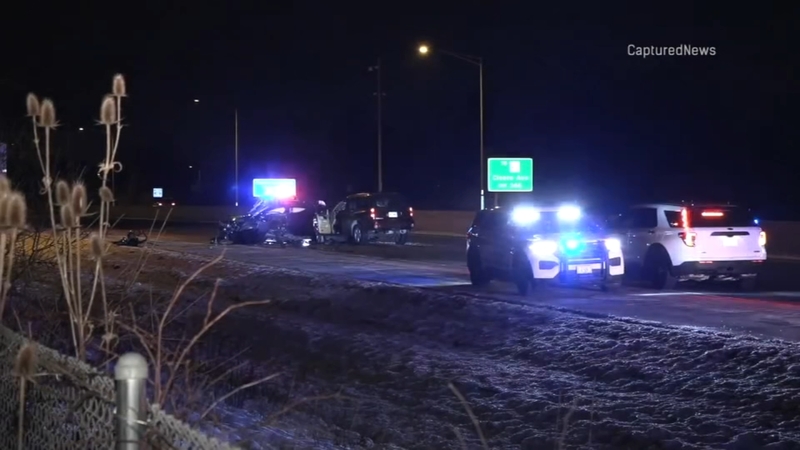 COOK COUNTY, Ill. (WLS) -- One person is dead after a wrong-way crash on the I-57 early Saturday morning, Illinois State Police said.

The crash happened near 159th Street in Cook County at about 4:40 a.m. Saturday, preliminary information indicated. Anthony Washington, a 32-year-old Chicago man, was traveling southbound in the northbound lanes of Interstate 57. He struck another vehicle head-on and was transported to a local hospital with non-life-threatening injuries, police said. The driver of the car he hit was pronounced dead at the scene.

Washington was issued citations for driving under the influence of alcohol, failing to reduce speed to avoid an accident, improperly using lanes, disobeying a traffic-control device, driving the wrong way on a one-way street and operating an uninsured motor vehicle and causing bodily harm, according to police.