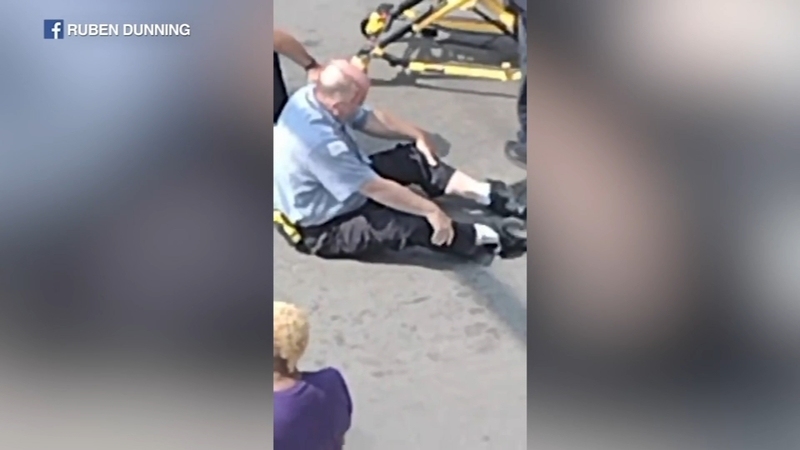 Cell phone video shows a Chicago police officer on the ground waiting for an ambulance to arrive after police say he was run over by his own squad car after a woman stole it from him.

"It was horrific, it's sad what happened to the officer," witness Ruben Dunning said. "The young lady was completely naked."

Dunning saw the situation unfold from his apartment on the corner of Jackson Blvd and Kostner in West Garfield Park around 9:40 a.m. He said the officer stopped to help the woman, who was lying in the street.

"He got out of the car to see what was going on with her, because she was completely naked," Dunning said, "and she ran and jumped in his car and ran over him."

The woman fled in the squad car on the Eisenhower Expressway and ended up crashing into about five vehicles on Harrison and Damen.

Nicolas Ramsay was on his way to work as a resident in the Rush University Medical Center emergency room when his car was hit.

"Then, all of a sudden, I got hit by a police car," Ramsay said. "The police car hit several cars and stopped right in front of me and I saw a woman jump and run."

Ramsay said the woman was tackled and taken into custody. As detectives worked the scene where the officer was injured, the woman's family showed up looking for answers.

Her mother, who did not want to be identified, said her 34-year-old daughter called her several times early this morning asking for help.