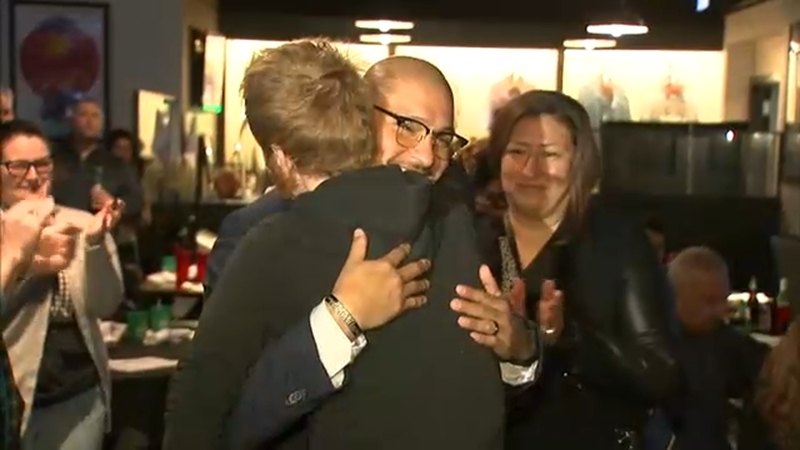 ROSEMONT, Ill. (WLS) -- Supporters of law enforcement gathered in Rosemont Friday night to raise money for wounded officers and the families of those killed in the line of duty.

Jamming hard on the upright bass, you'd never know Bensenville police Officer Steve Kotlewski was clinging to life after he was shot nine times responding to a domestic disturbance almost four months ago. And just a few feet away was Chicago police Officer Carlos Yanez, dressed to the nines and more than happy to jam along. The two kindred spirits never crossed paths until tonight.

"Oh my God, it's a blessing to be here," Yanez said. The fact that he's here and walking is an accomplishment. The smile, he says, is from the company around him.

"I feed off their energy," Yanez said. "Everyone says I inspire them, but it's all these people that inspire me."

The crowd came to help with more than positive energy. Sponsored by the Illinois Public Pension Fund, the event hoped to raise thousands of dollars to help fund the medical healing for injured officers, and provide some stability and relief for the officers' families who are also healing.

"It gets really hard mentally," said Brenda Yanez, the injured officer's wife. "It gets tiring and the less you have to worry about, the more you can focus on the recovery and just getting through every day."

Even with steel rods in his legs and supporting his back, Kotlowski is determined to work his way back, if for nothing else, his children.