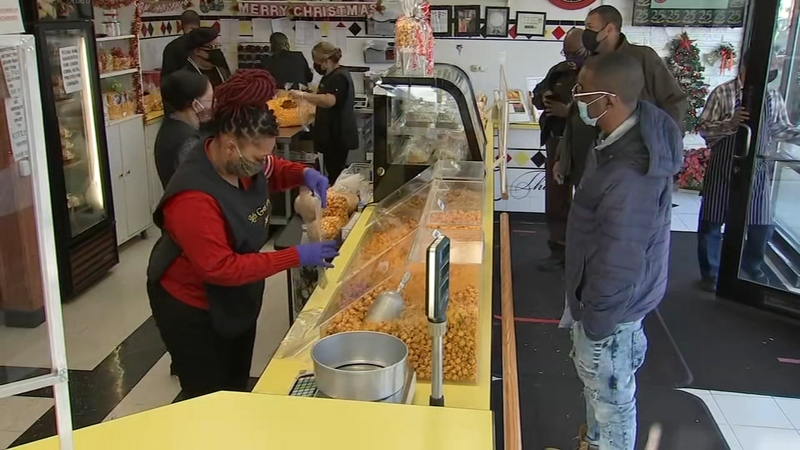 CHICAGO (WLS) -- First responders are saying goodbye Thursday to a retired Chicago firefighter, who was killed during an attempted carjacking.

A fundraiser has also been announced in his name.

Williams, 65, was killed in a carjacking attempt last week.

It happened when he was making his regular visit to "Lets Get Poppin" popcorn shop in Morgan Park on the afternoon of Dec. 3. A growing memorial now marks the spot where he was killed.

The shop plans to hold a fundraiser Thursday afternoon. Customers are asked to buy a bag of Williams' favorite popcorn for $10 a bag, in which a portion of the proceeds will go to his family.

Police released video of the carjacking in hopes of identifying the suspects. There is also a reward of at least $34,000 being offered for information leading to an arrest in the case.

Thursday's visitation goes through the evening, and the popcorn fundraiser starts at 2 p.m.