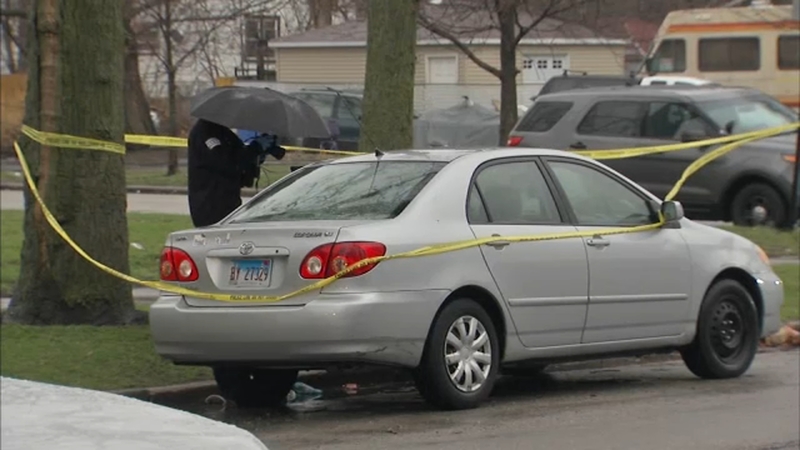 CHICAGO (WLS) -- Police are searching for the person who shot an 80-year-old man while he was sitting in his car Saturday afternoon.

It happened just after 3 p.m., right outside of the man's home in the 5200 block of S. Marshfield in the Back of the Yards neighborhood.

Right now, he is listed in critical condition but friends said he is conscious and talking, which is a relief for many who said he's been a beloved neighborhood mechanic for decades.

"He's a good friend and a neighbor to everyone," said the victim's friend, Mrs. D.

This woman, who only wants to be called "Mrs. D," is still shaken up after she said a pillar in her South Side neighborhood almost had his life cut short.

Yellow crime tape wraps around his car parked outside of his home on Marshfield Avenue after the man was shot in the chest.

"For like the next 10 minutes, or so, I just heard honking over and over again," said a 14-year-old neighbor.

The boy, who lives nearby is hiding his identity out of fear. He said he heard the man honking his horn while calling out for help.

"I just thought it was, like, some random person, but I see police pull up and ambulances, and I see him getting pulled out on a stretcher," the boy said.

He was taken to the University of Chicago Hospital in critical condition.

"We ought to stop hurting each other," Mrs. D said.

She said the man is conscious and talking, as she prepared to move his battered car before visiting her lifelong friend.

"Even if it was a random shooting, that doesn't matter. We shouldn't be out here with guns, just shooting," she said. "This isn't target practice. We're human. He's a human."

Police have not commented on any arrests or suspects and only said the investigation is ongoing.