Hammond man arrest after stealing over $1M worth of watches from Gold Coast dealership: police 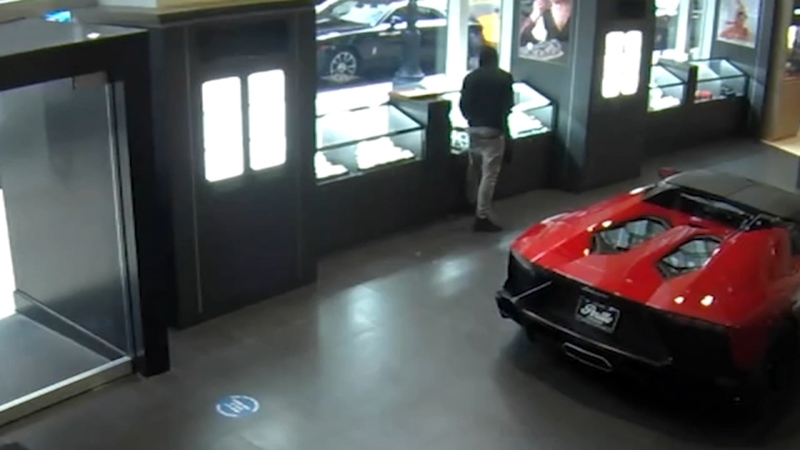 Hammond man arrest after stealing over $1M worth of watches from Gold Coast dealership: police

CHICAGO (WLS) -- A Northwest Indiana man has been charged with allegedly being one of the armed thieves responsible for stealing over a million dollars worth of watches from the Bentley Gold Coast dealership during a smash and grab robbery in December.

"We need the judges the prosecutors we need them locked up -- retribution," said Joe Perillo, co-owner of Bentley Gold Coast.

According to a January 26 extradition filing, Carlos Valliant was in a Lake County jail on an unrelated charge. The Hammond resident was charged with theft and burglary in Cook County this week.

RELATED: Gold Coast business owner calls on city to do more after thieves target dealership in smash and grab

This is the first arrest for the newly formed Chicago Police Department retail theft taskforce.

"A number of cities have been seeing an uptick in organized retail theft and the smash and grab style robberies in the last several months," said Chicago Police Superintendent David Brown.

One man can be seen brandishing a gun and acting as a lookout, while the other smashes glass displays filled with high end jewelry and watches.

"They have to get locked up and not let back out to go rob again," Perillo added.

While community activist, Pastor Anthony Williams, said the arrest is a good move in the right direction, he wants to see the city's downtown and Mag Mile businesses invest in communities of color, not just see them as a way to make money.

"If our business community is in proper partnership particularity with disenfranchised communities and work with Black businesses across the board, this type of behavior could subside," he said.