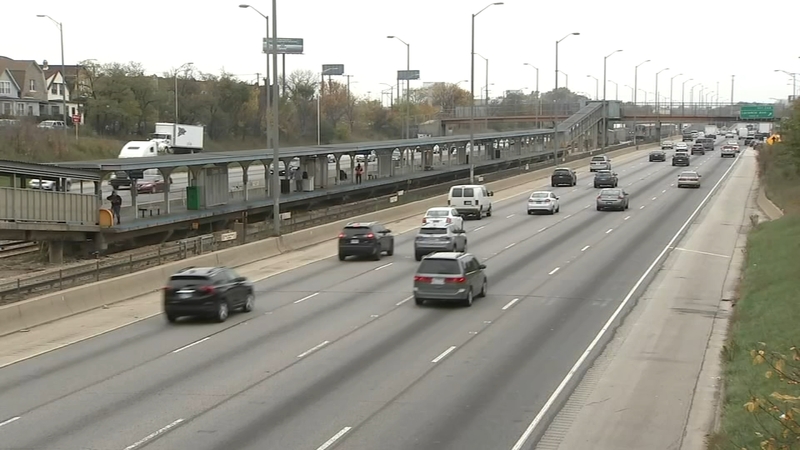 CHICAGO (WLS) -- Lawmakers, labor and business leaders joined together Tuesday in a call for federal money to rebuild one of the Chicagoland area's most congested roadways.

Anyone who travels on the Eisenhower Expressway, especially during rush hour, knows what a nightmare it can be.

"You never quite know when you're going to be in a parking lot versus crawling at 20 miles per hour," said Erin Shade, who often drives on the Eisenhower.

The proposed project does not have a funding source, and leaders say it can't be done without a major investment of federal dollars. The project would not only improve traffic, but provide a boost to the region's economy.

The Ike was built to handle 40,000 vehicles a day. Now it averages 200,000. At a downtown gathering of local leaders and elected officials, House Speaker Chris Welch was late because of traffic on the Ike.

"We love the Ike, but the Ike don't love us," Welch said. "This interstate is among the most congested in the nation."

The proposed project would cost $2.7 billion and would include improvements to aging bridges, the CTA Blue Line (which runs down the middle of the Ike), and would add a fourth lane of traffic west of Austin Boulevard to alleviate the bottleneck. It could also reserve one lane for carpooling.

"We have a chance to make things better, not just in terms of faster commutes, but this is a once-in-a-lifetime opportunity to reconnect communities, to repair racial inequities and displacement and make a difference," said State Sen. Don Harmon, D-Senate President.

The project would also include safety improvements for an expressway that has seen 43 deadly crashes between 2010 - 2019.

"We're estimating that it would grow the local economy by $2.6 billion. So if you look at the total cost of the project that's almost $1 for dollar benefit, you can see," said Mary Tyler, transportation director at Illinois Economic Policy Institute.