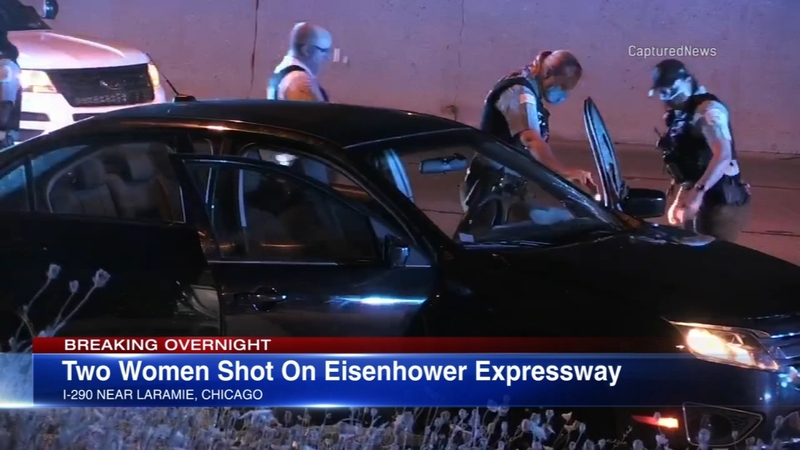 CHICAGO -- Two women were shot Saturday on the Eisenhower Expressway in Austin on the West Side.

The shooting happened at 4:13 a.m. in the eastbound lanes of I-290 near Laramie, according to Illinois State Police.

A 25-year-old woman was taken to Stroger Hospital in critical condition, Chicago Fire Department officials said. A second woman, 21, was taken to the same hospital in fair-to-serious condition.