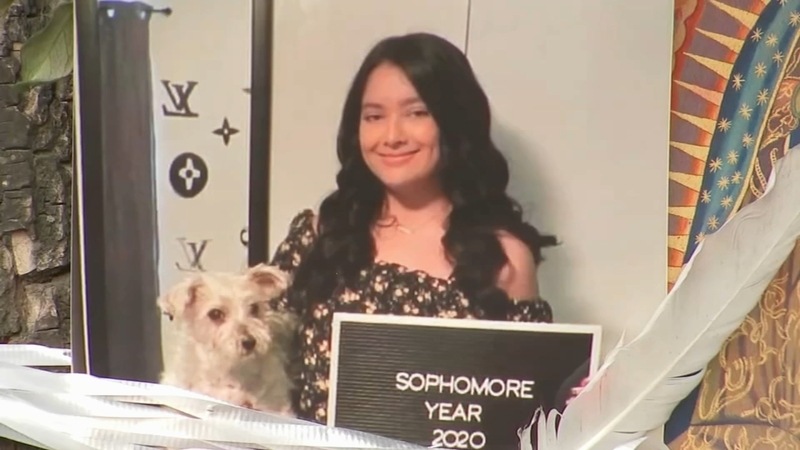 CHICAGO (WLS) -- Charges have been filed in connection with the Aug. 3 fatal hit and run of a 16-year-old Aurora girl in Chicago's Hermosa neighborhood.

Josue Mendoza Barrera, 26, of Chicago was charged with reckless homicide.


He was arrested Wednesday in Lemont after he was identified as the driver of the minivan who chased and struck a vehicle killing Ashley Sanchez in the 4500 Block of W. Armitage. Barrera is accused of then leaving the scene.

The teens parents, Araceli and Alex Sanchez, have been pleading for the public's help in finding the people responsible for her death.

The three of them had left the White Sox game and had dropped off a friend in the city when they said two people in a tan minivan pulled alongside and displayed a gun.

"They chased us down Cicero avenue, and it seemed like an eternity," Alex told Eyewitness news in August.

Ashley Sanchez, 16, was killed in a crash Aug. 3 in Chicago's Hermosa neighborhood that her parents said happened after carjackers confronted them.

The Sanchezes said the offenders hit the back of their Dodge Charger, sending it spinning and crashing into a parked semi.

Ashley was about to begin her junior year at Waubonsie Valley High School.

She was a talented bowler and was seeking a college scholarship and wanted to study criminal justice to become a prosecutor.