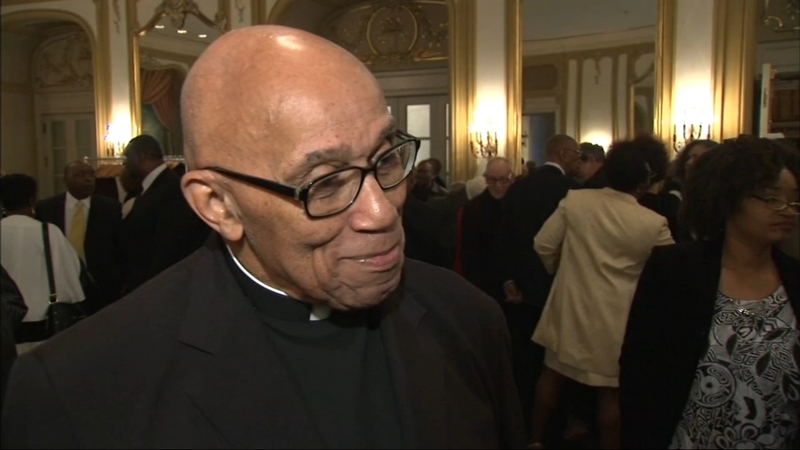 CHICAGO (WLS) -- A settlement has been reached between the Archdiocese of Chicago and five people who accused five separate priests of sexual abuse, including a high-profile priest who passed away in 2019.

At the time of his death in November 2019, Father George Clements was under a cloud of suspicion following two allegations of sexual abuse against minors, leading the former pastor of Holy Angels Parish in Bronzeville to step aside.

He died before the Archdiocese's Independent Review Board left one case undetermined and didn't find reason to believe abuse occurred in the other.

On Tuesday, a legal settlement was announced that for the first time names Father Clements as the alleged sexual abuser of a now 54-year-old Chicago-area man who said he was 7 years old when the abuse started.

The $800,000 dollar settlement was reached in February and includes five separate cases of alleged abuse that are said to have taken place in the Chicago area in the 1960s and 1970s.

In addition to Clements, the settlement named Father Daniel Holihan, Father Joseph Fitzharris, Father Michael Weston and Brother Edward Courtney. All are either deceased or no longer in active ministry.

A press conference held on the steps of the Chicago Archdiocese Tuesday called on Cardinal Blase Cupich to include Father Clements on their list of publicly-named clergy with substantiated allegations of sexual abuse against minors.

"Fitzharris is there. Holihan is there. Weston is there. Why not Clements?" said Robert Hoatson, Road to Recovery co-founder. "This happened in February, this settlement. He's had all this time to place his name on the website."

"The time for hiding and secrecy is over," Garabedian said. "It's time to be transparent so the victims, the survivors, can try to heal."

To be clear, the legal settlement reached between the Archdiocese and the victims attorneys specifically includes a clause that specifies there is no admission of wrongdoing. But victim advocates say a monetary settlement in any form is the only avenue for the accusers who come forward outside the legal statute of limitations.