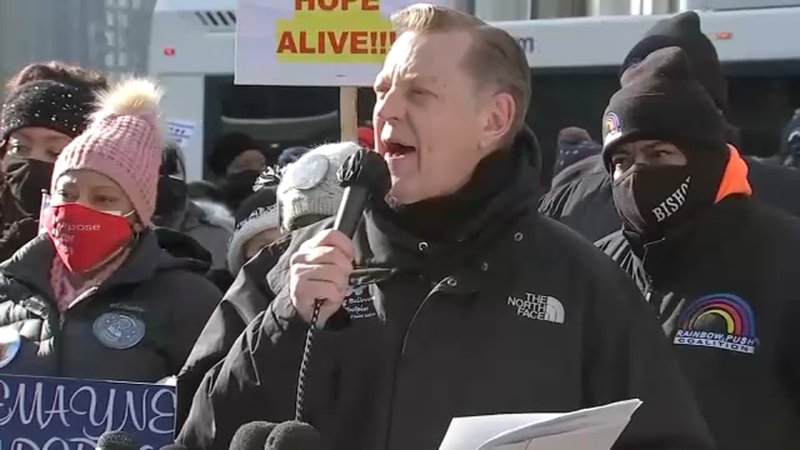 CHICAGO (WLS) -- Saint Sabina is using money to pressure the Archdiocese to move quickly, in its investigation into abuse allegations against Father Michael Pfleger.

The parish will withhold its monthly assessment payment to the Archdiocese until the investigation is finished, officials said Sunday.

"In its continued effort to get the Archdiocese of Chicago to swiftly conclude its investigation into the allegations against Fr. Pfleger, that it has made the decision to withhold the monthly assessments of the church and school to the Archdiocese starting in March. These assessments total approximately $100,000 per month," officials said in a statement. "To be clear these funds being withheld will not be used for ministry, outreach, or any current or future programs, but will be set aside to be paid at the conclusion of the investigation."

"Every case is handled in a professional, impartial and consistent manner. Giving a case special treatment undermines the credibility of its outcome and ultimately serves neither the accuser nor the accused. Justice demands a thorough and impartial process and there is no timeframe in which we 'should" make a determination,'" the Archdiocese of Chicago said in a statement Monday. "Thirty years of being at the forefront of dealing with abuse of minors, which sadly continues in society today, has taught us that these matters take the time they take to reach a just conclusion. We intend to continue working on all the cases before us toward that end, always giving priority to the protection and healing of victims."

This comes after The Archdiocese of Chicago said Friday that it has received a letter from the Illinois Department of Children and Family Services stating that DCFS has concluded its investigation into Father Michael Pfleger, the St. Sabina pastor who faces two sexual abuse allegations.